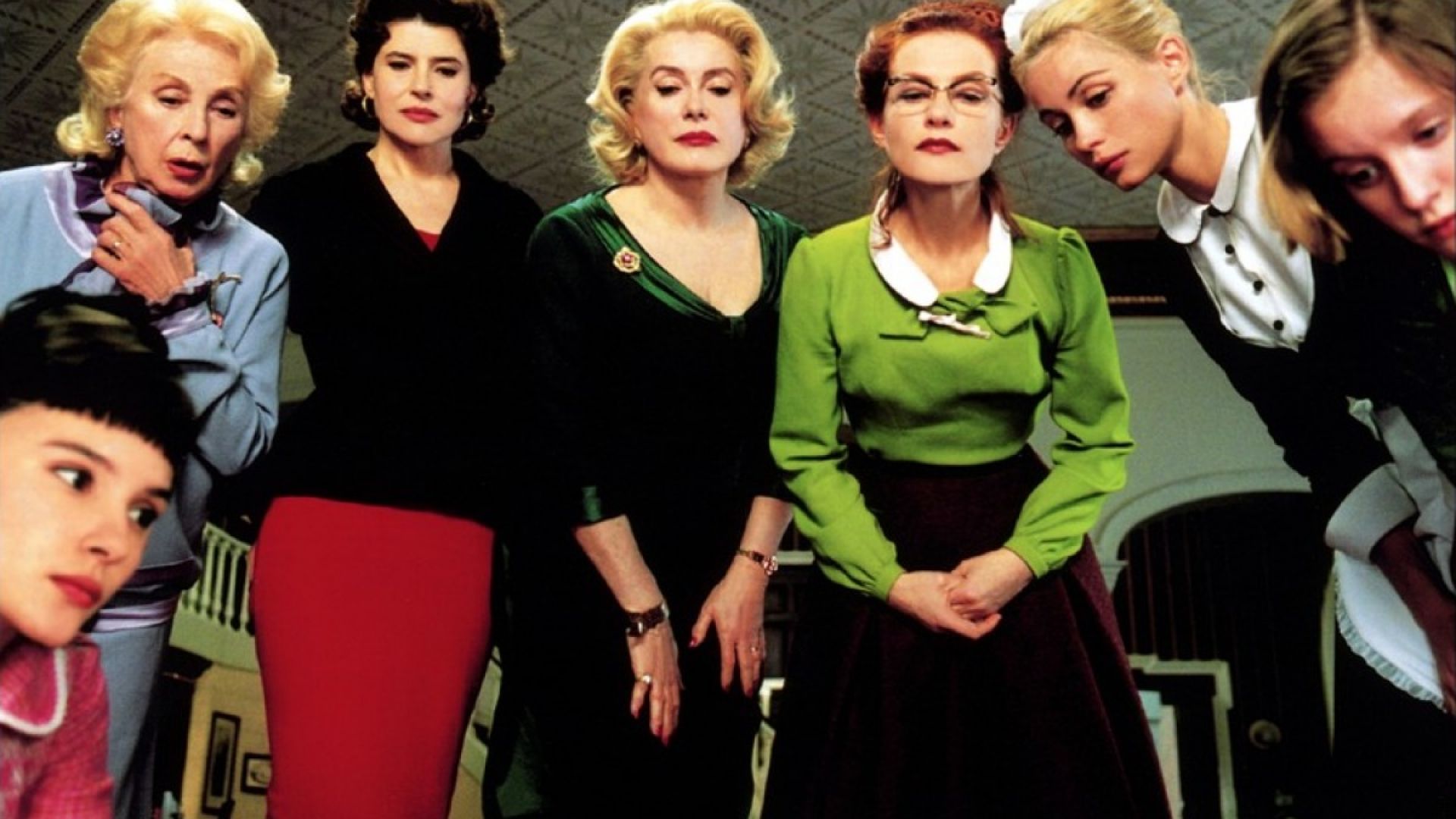 Living in a house full of women can be murder. 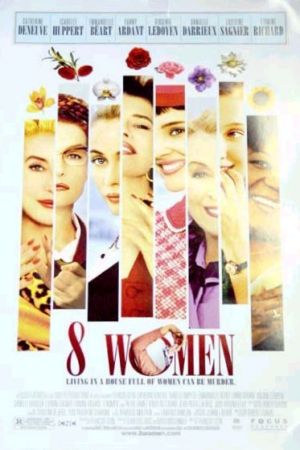 One morning the industrialist Marcel is found stabbed in his room. Eight women are his potential murderers: His wife Gaby, his daugthers Suzon and Catherine, his mother-in-law Mamy, his sister-in-law Augustine, his sister Pierette, the cook Chanel and the maid Louise. The house is isolated in a snowstorm, the phone is dead and one of them has to be the culprit.

So it's a murder mystery. But what else? Well, it's a musical, it's a light-hearted absurdist comedy, and it brilliantly satirises the entire French culture and way of life. Starring the eight female greats of French acting, including Catherine Deneuve and Emmanuelle Béart it feels like it was made back in the golden age of Hollywood but in fact is contemporary French cinema at its best.