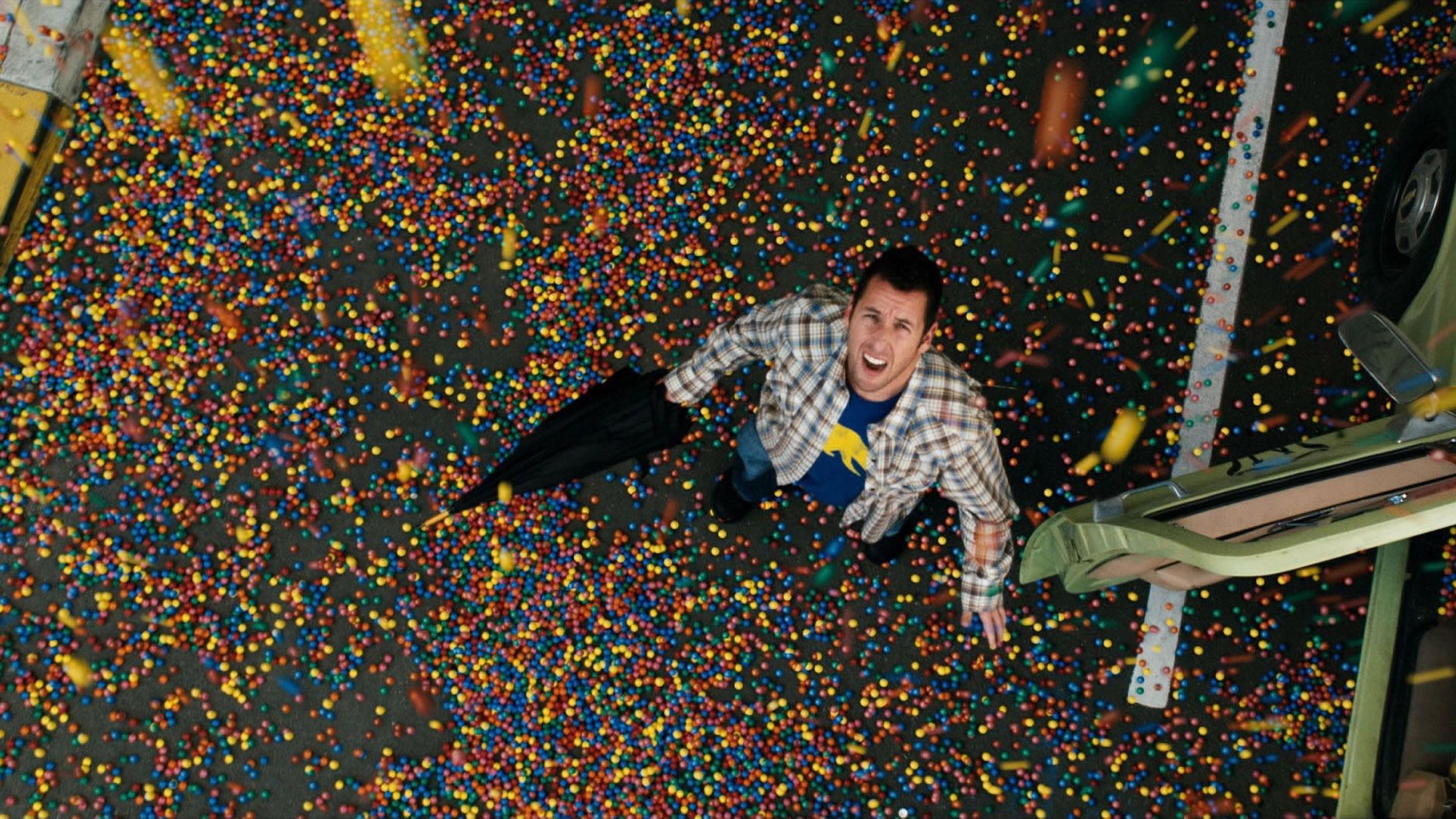 Whatever they dream up... he has to survive. 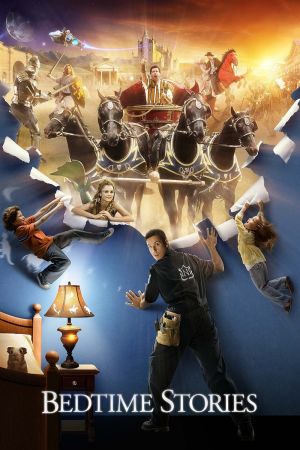 Having promised to make a film his own kids could enjoy, Adam Sandler (YOU DON'T MESS WITH THE ZOHAN) delivers the goods in the charming fairy tale BEDTIME STORIES. As the film opens we meet Marty Bronson, running the family motel along with his children, Wendy and Skeeter. Marty's ruinous business sense forces him to sell the motel to ambitious developer Barry Nottingham.

Marty hopes Skeeter will run the business someday, but years later we find Skeeter (Sandler) working only as the new hotel's maintenance man. So when Wendy (Courteney Cox) asks Skeeter to babysit her kids, Bobbi and Patrick, Skeeter--a master storyteller--wins them over by crafting bedtime stories that reflect his frustrations. From ancient Rome to outer space, Skeeter is the heroic underdog defeating his hotel rival, Kendall (Guy Pearce), and winning the hand of Nottingham's daughter. But when the kids' creative additions cross over into true life, Skeeter is convinced that they're the key to his sudden success. The price of that success, though, is the destruction of the kids' school.

To save the school, his relationship with Wendy's kids, and the affections of love interest Jill (Keri Russell), Skeeter must bring his storytime heroics into the real world. Sandler puts his trademark man-child antics to good use as the disheartened handyman who fulfills his dreams by staying true to the people who matter most. Filled with plenty of humor and a heartfelt message, BEDTIME STORIES is an uplifting family fable that can be appreciated by parents and children alike.