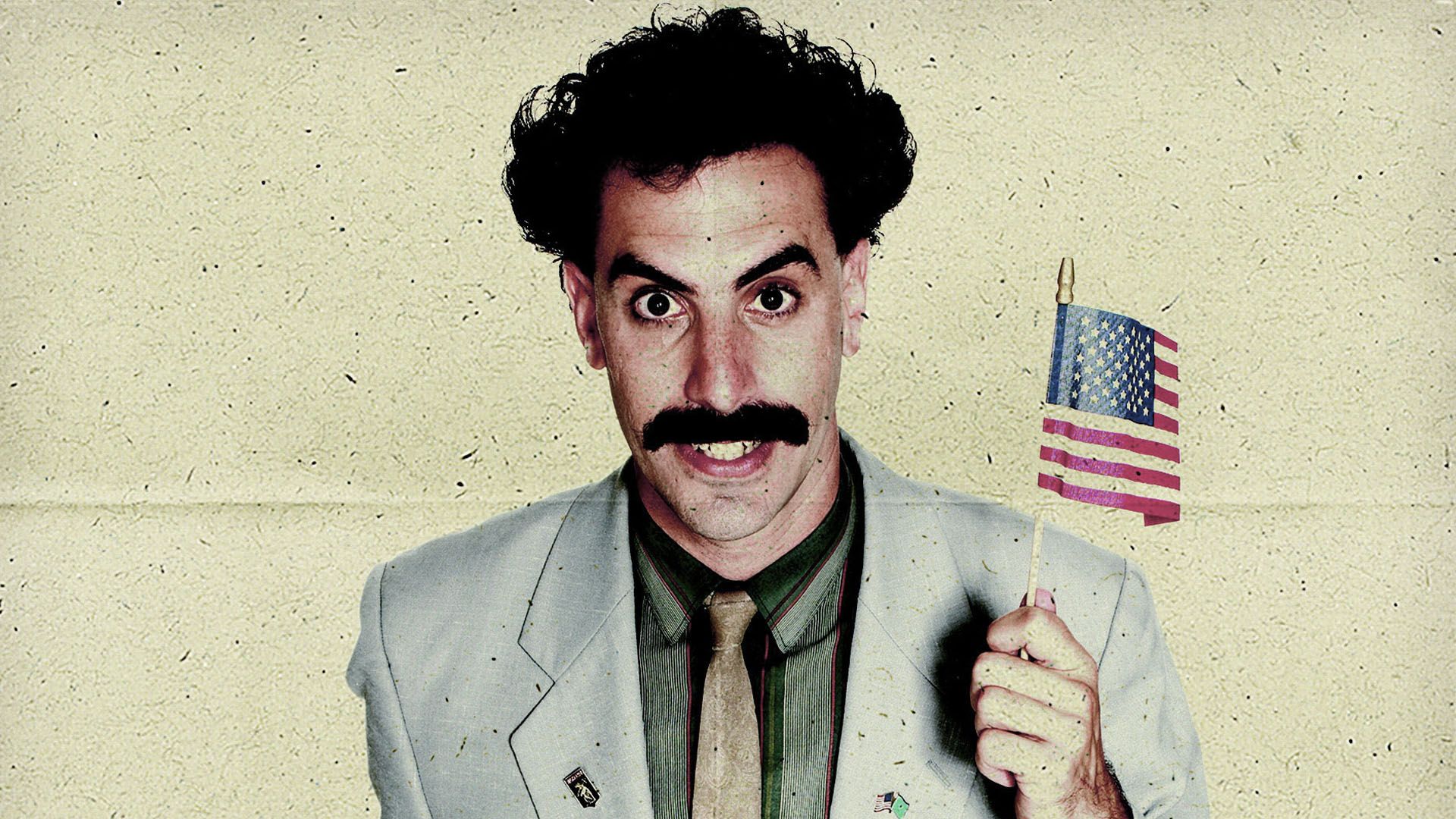 Come to Kazakhstan, It's Nice! 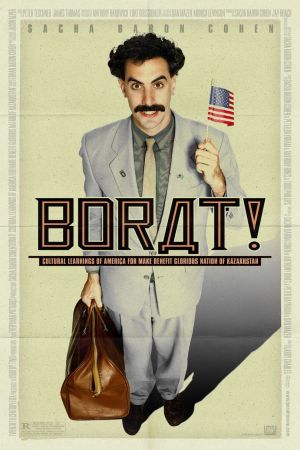 Borat: Cultural Learnings of America for Make Benefit Glorious Nation of Kazakhstan Jagshemash! Sacha Baron Cohen, the star and creator of HBO's "Da Ali G Show," brings his Kazakh journalist character Borat Sagdiyev to the big screen for the first time. Leaving his native Kazakhstan, Borat travels to America to make a documentary. As he zigzags across the nation, Borat meets real people in real situations with hysterical consequences. His backwards behavior generates strong reactions around him, exposing prejudices and hypocrisies in American culture. In some cases, Borat's interview subjects embrace his outrageous views on race and sex by agreeing with him, while others attempt to offer a patriotic lesson in Western values. Wa-wa-wee-wa!

Hilarious. Jaw-dropping. Inflammatory. Dangerous. Subversive. Borat, a satirical Kazakh journalist caricature invented and portrayed by Sacha Baron Cohen, has been called all this - and more. Borat became a phenomenon in the U.K. with the comedy series "Da Ali G Show," in which Baron Cohen's outlandish humor and razor-sharp satire on anti-Semitism, misogyny and racism, came to life through his creation's bizarre behavior and interviews.

Baron Cohen's innovative and unique work has brought him two BAFTA awards. "Da Ali G Show" was a worldwide phenomenon, and Baron Cohen is the only person to twice host the European MTV Awards. Dictionaries added two words based on his characters' "inventive" use of the English language, and even the Queen Mother was a fan.

In addition, Baron Cohen received critical plaudits for his role opposite Will Ferrell in this summer's blockbuster comedy "Talladega Nights: The Ballad of Ricky Bobby." Also, Baron Cohen was the voice of the King of the Lemurs in "Madagascar."