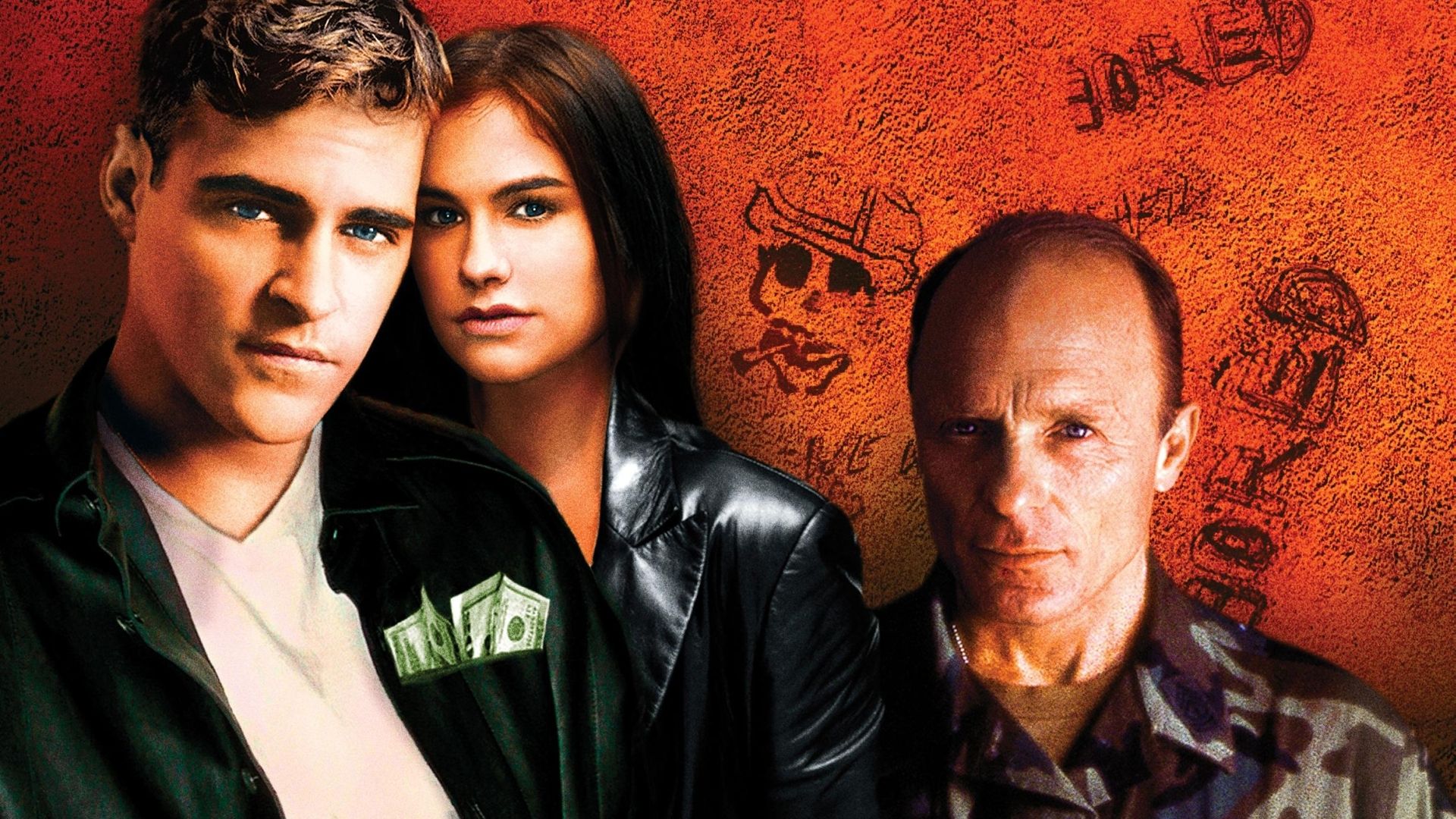 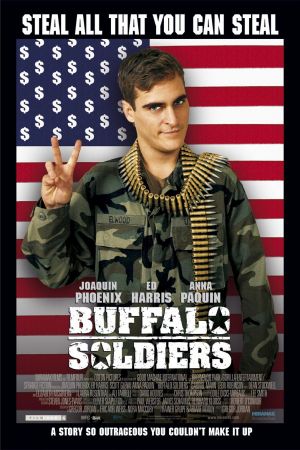 Buffalo Soldiers was in fact made in 2001, but American distributors unwilling to touch a film so critical of the American army and American patriotism delayed its release for two years. And it’s not surprising; this is a film of the blackest humour, and with an acidic streak a mile across running throughout, it is a searing indictment of army corruption and decay, the American dream and capitalism gone mad. It is indeed very refreshing to see something of this calibre emerging from an American studio.

Set on an American military base in West Germany shortly before the fall of the Berlin Wall and the end to Communism in Germany, this is the story of Ray Elwood- a mover, shaker and fixer in the platoon. A man with a mission- to get rich- Elwood is single-minded, selfish and focused. If you want gear to sell on the black market; if you want drugs; if you want mild brushes with the local mafia; if you want to buy something- anything- Elwood is your man. Elwood’s cosy existence as reward-reaping middle man with his ineffectual Colonel wound around his little finger is about to meet its match in Sgt. Lee- a sadistic Vietnam Vet determined to clean up corruption. Lee takes great delight in plaguing Elwood, and as his latest deal involving guns starts to go very wrong, Elwood might well have bitten off more than he can chew. He even begins to date Lee’s daughter in order to piss him off still further.

But Elwood hadn’t counted on one thing; falling in love.

How Elwood manages to clean up after himself, and the aftermath of a series of tragic and violent events, remains one of the darkest and wickedest films of the year. I thought this film was brilliant. Not one for the faint-hearted or easily offended, the mark of this film’s strength is that by the end you are actually rooting for Elwood. As an anti-hero, Joaquin Phoenix combines baby-faced innocence with a heard-headed business attitude, a sense of personal honour and an engaging vulnerability that leads him- perhaps inevitably- to a deadly showdown. Particularly impressive is that there are no good guys and bad guys- just ‘guys’. And perhaps unusually for an American film, there’s no neat, moralistic ending, either.

Of you like your humour black as pitch, if you like semi-surreal satire and if you just want to have a laugh at one of the biggest war machines in the world, this is the film for you.