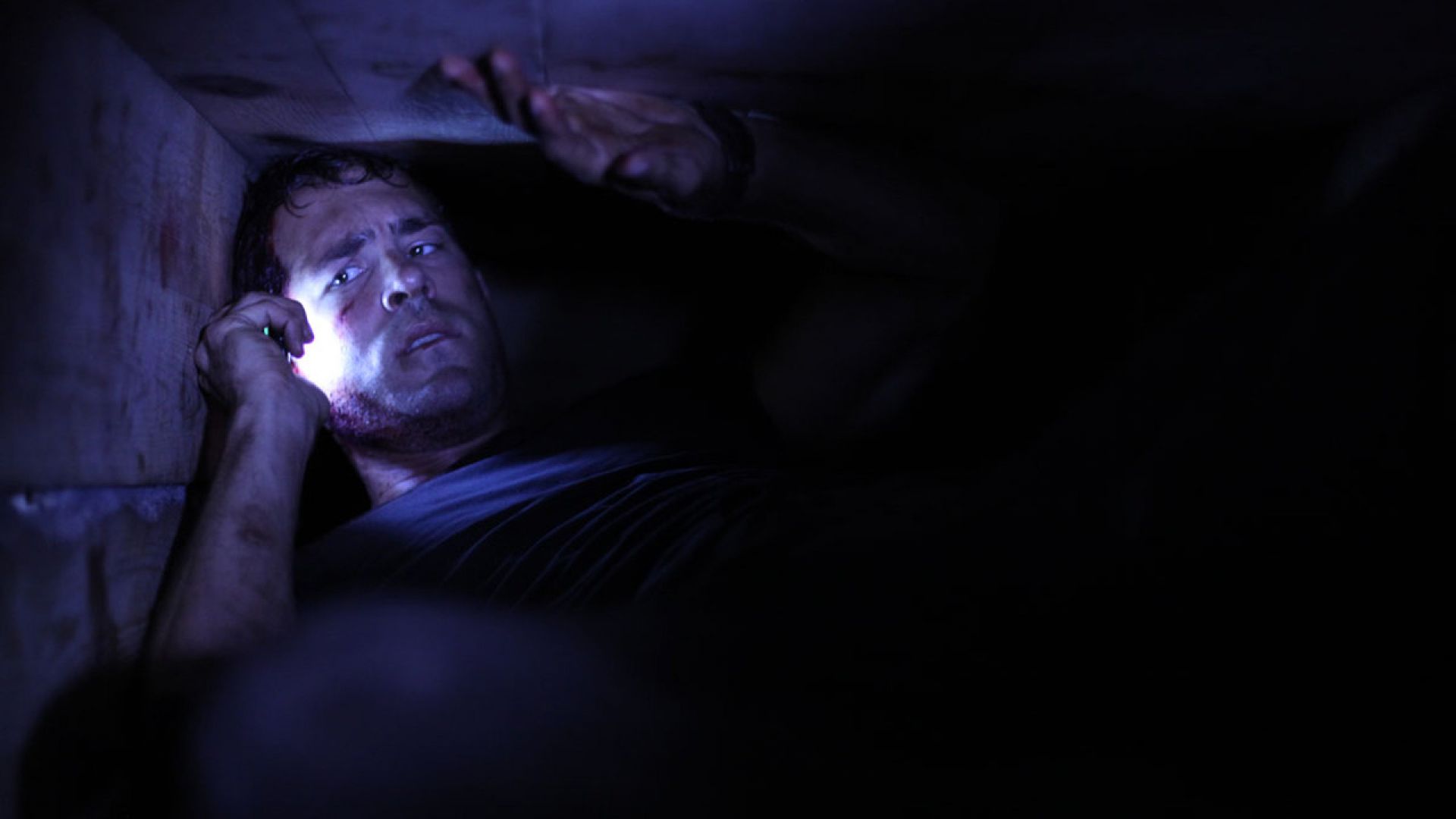 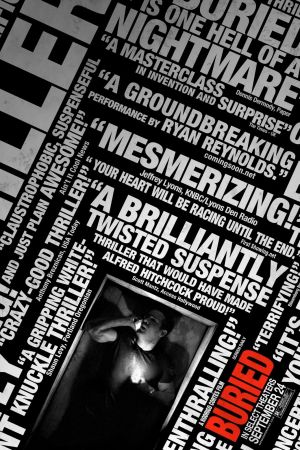 A man is caught in a desperate race against time in this claustrophobic thriller from director Rodrigo Cortés. Paul Conroy (Ryan Reynolds) is an American truck driver who has been contracted to work in Iraq, and while delivering a load of kitchen equipment as part of a humanitarian aid program, he's captured by insurgent guerrillas who intend to hold him hostage. Paul is struck unconscious, put into a coffin-like box, and buried, and when he comes to, all he has to help him get out is a lighter and a cell phone. Trapped underground with a limited supply of air, Paul frantically calls his family, his employer, and American military and political representatives, trying to remain calm as his chances of survival slip farther away with each passing minute. Featuring the voice talent of Robert Paterson, Stephen Tobolowsky, Samantha Mathis, and Erik Palladino, with all the action taking place within the underground box, Buried received its world premiere at the 2010 Sundance Film Festival.