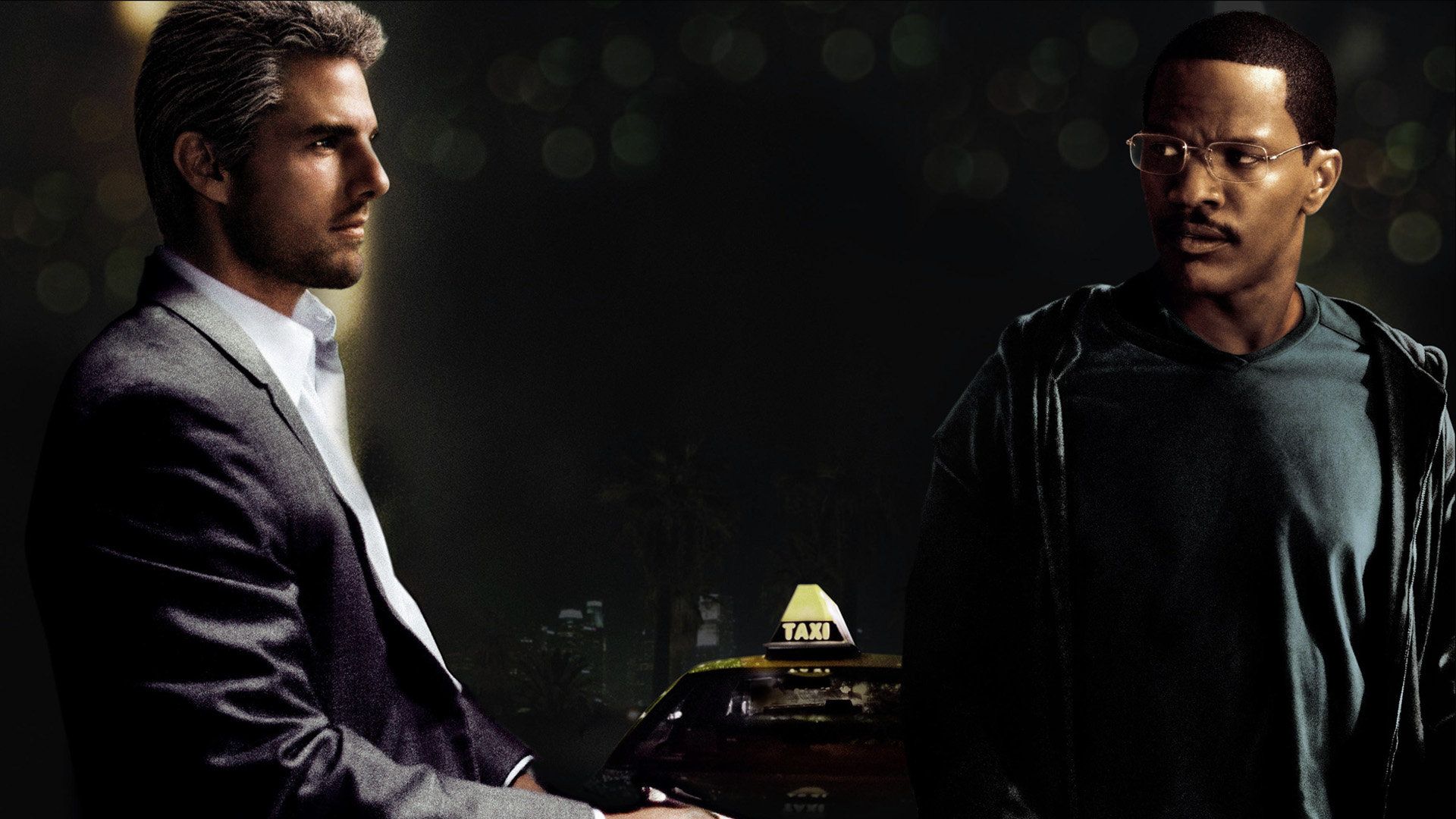 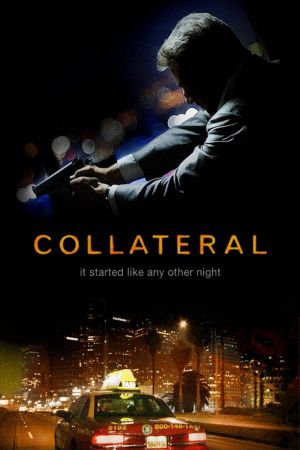 Whats unusual about this film? Some would say that Tom Cruise actually gives a half decent performance, and that would be unusual! But no, the unusal thing is Tom Cruise is the bad guy (and wham I've ruined the plot!).

Tom Cruise plays Vincent, a (for some unknown reason) grey haired cold hearted contract killer in LA for a single night of hits who are going to testify in a court case the night before the trial. Through an interesting course of events, Max (Jamie Foxx), a timid cab driver who lives on dreams never full realized, gets pulled into the whirlwind of murders as the driver for a hired assassin. The majority of the film is just that, Max and Vincent. Cruise drowns himself in the role, training in weapons handling for months beforehand and plays Vincent as a cobra, a natural killer of lightning reflexes and sudden violence. A contrast to Nathan Algren of The Last Samurai, Cruise plays a morally flexible man of questionable scruples quite well, characterizing a dystopian apathy well. Foxx gives a terrific and serious performance as Max, showing well his growth through the film. Also uncharacteristically heavy, the character of Max was a challenge well met by Foxx. The admiration between the two characters is evident only via the actor's incredible performances and without such subtle and silent respect for each other, the characters (and thus the film), would fail.

This film does not have a huge number of characters, it doesn't have a huge number of sets. It is entirely set at night. If you don't like Tom Cruise don't come to see it. He is the lead character and gets a fair amount of screen time. If you are unsure about Tom, then come, he does give a good performance, the action scenes are well shot (as you would expect from Michael Mann) and you could believe that he is a seedy, good for nothing hitman. There is not a huge amount to think about with this film, anyone surprised by the ending should be shot themselves. The violence is mild and unlike some films secondary to the plot.