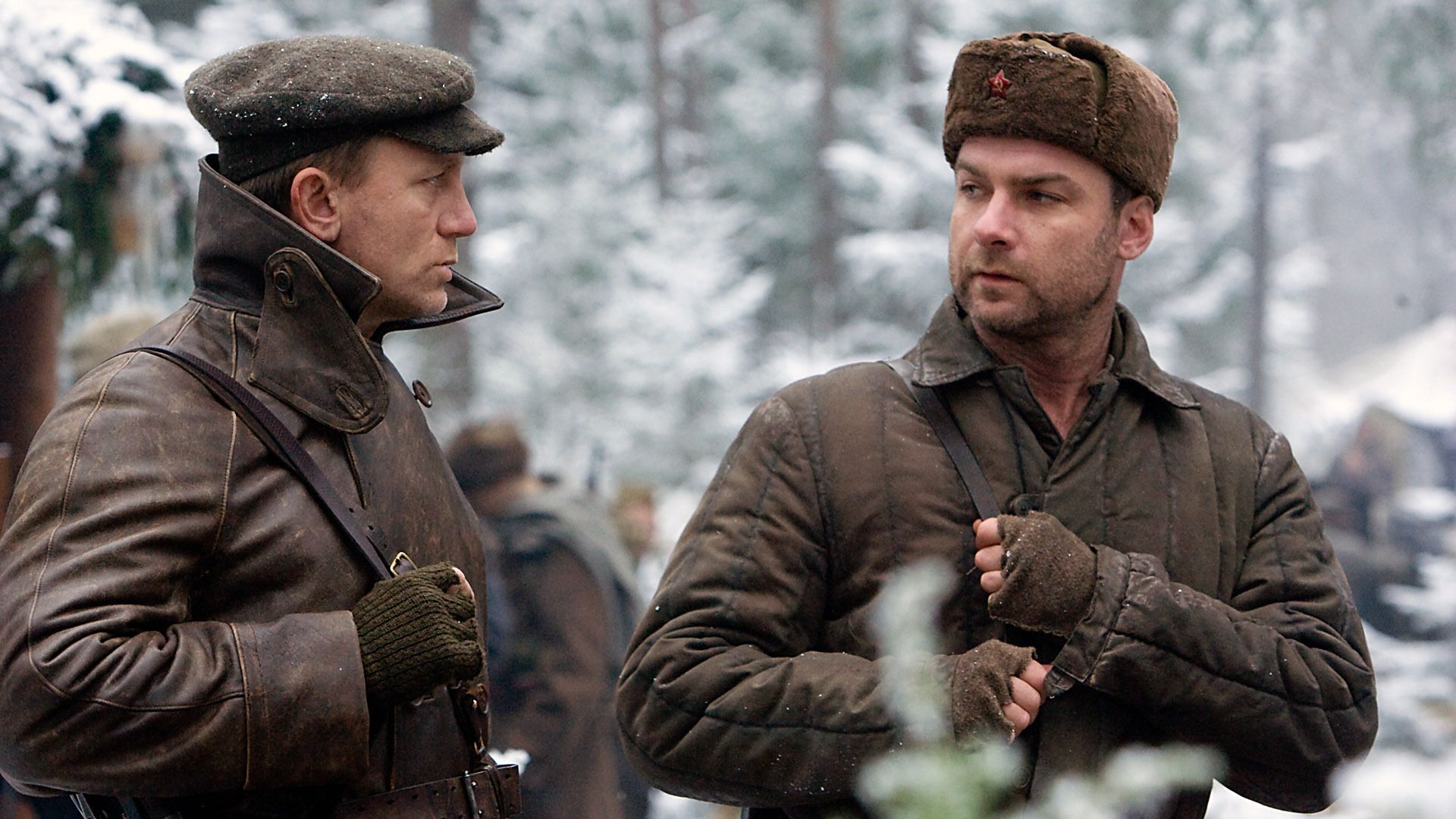 Freedom begins with an act of defiance! 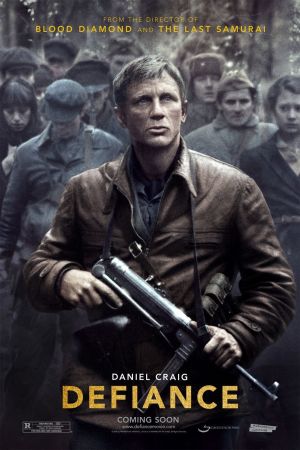 DEFIANCE is a different kind of World War II movie, one that looks at the Holocaust from a unique angle--telling the true story of a group of Jews in Eastern Europe who fought back. On the run from the Germans and the local police, the three Russian Bielski brothers--Tuvia (Daniel Craig), Zus (Liev Schreiber), and Asael (Jamie Bell)--hide out deep in the forest.

Their numbers swell as more and more refugees join them, coming together to form a community while also patrolling with guns and shooting the enemy to stay alive. But Tuvia and Zus have a falling-out over what future direction to take: Tuvia thinks it best to remain in the forest despite the coming vicious winter, but Zus wants to join the Russian resistance, which is aggressively attacking the Nazis. Complicating the situation are the women in their lives, known as forest wives--Lilka (Alexa Davalos) shows interest in Tuvia, Bella (Iben Hjelje) grows close to Zus, and young Chaya (Mia Wasikowska) and Asael flirt with the tingles of first love.

As food grows scarce, diseases increase, and the Nazis become determined to find and kill them, the Bielski Otriad struggles to survive, battling back when necessary, including taking up arms. Directed by Edward Zwick (GLORY, BLOOD DIAMOND) and based on the nonfiction book by Dr. Nechama Tec, DEFIANCE is a powerful thriller filled with tense human emotion, a gripping story about brotherly love and the basic human instinct to survive against all odds. Craig (LAYER CAKE, CASINO ROYALE), Schreiber (EVERYTHING IS ILLUMINATED), and Bell (BILLY ELLIOTT) are terrific as the Bielski brothers, three very different individuals who simply refuse to just lie down and die.