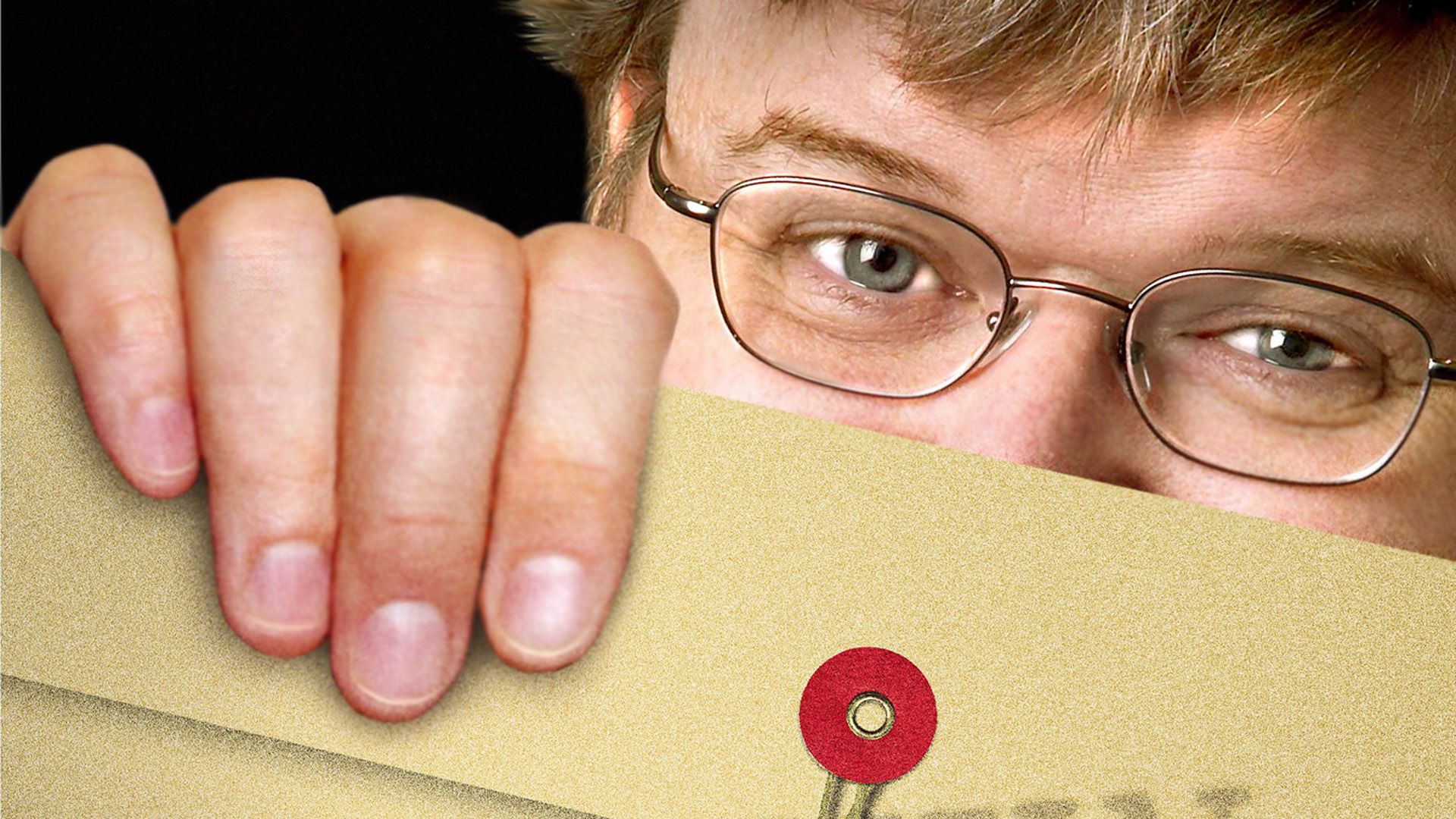 The temperature where freedom burns! 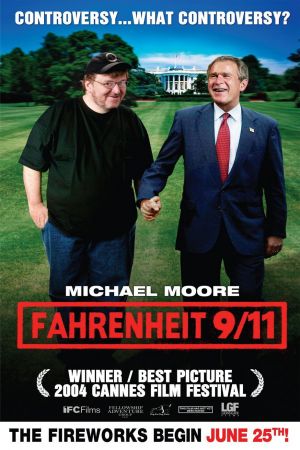 That Michael Moore. You either love him or hate him, it seems. But one thing you cannot deny; his talent for sniffing out embarrassing secrets makes those in the very highest positions of authority squirm uneasily at the idea of another Moore production, and UF screening it now close to the American elections, it means more now than ever. At time of writing, the elections were still some months away. It will be fascinating to see if this film has had any impact on US opinion of their president.

When it was released in the USA, ‘9/11’ cause a sensation and a stir among audiences unused to seeing anything other than the most patriotic and positive image of their leaders. In Britain we are used to a rather more subjective press, so something of what is shown seems like the most basic questioning on the part of an American documentary maker to British eyes, but given the scandalous deeds done by the Bush administration in the ‘name’ of ‘the American people’, it brings into question even one’s own government and what they have been up to, especially given Blair’s close ties to Bush…

The film begins with the Twin Towers coming down, something that was to leave an emotional scar across American and non-American psyches across the world as people watched in horror. Instead of re-using old footage, however, Moore instead chose to begin with a black screen and a soundtrack of people’s reactions as they see what is happening. It is a deeply unsettling experience, and softens up the audience for the series of shock revelations they are about to be bombarded with. The rest of the film then tracks Bush’s (illegal) rise to presidency, and his family’s dealings with suspicious contacts, and his administration's disregard for human life and the environment as it seeks to line its and its allies’ pockets.

One downside to Moore is his style; ‘9/11’ is about as subtle as a breeze-block thrown at the windows of the mind; it is loud and obvious. One commentator called him a ‘Master of Bombast’- and this is just what this film is; pure bombast. This is Moore at his most excited, as opposed to the calmer tone of ‘Bowling for Columbine’. To European tastes, it might appear too crude to take in properly. But then, this might just be what this subject needs- some shock-tactic attention. Being a collage of sound and image, in places the film resembles an MTV-esque collage of textures and visuals. But Moore, also a master at self-promotion, certainly achieved something profound amidst the noise and clamour and one-sided presentation: he got people thinking, and thinking hard.