Based on one of the most scandalous novels of our time 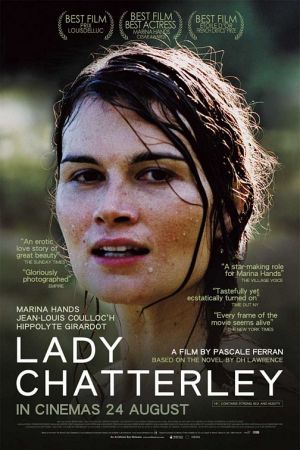 Constance Reid was 23 years old when she married Cambridge graduate, lieutenant, and mine owner Clifford Chatterley in 1917. After a short lived honeymoon, Clifford was drafted to fight on the Flanders battlefront, from which he returned injured and condemned to spend the rest of his life in a wheelchair.

The film begins in the year 1921, after the young couple moves to Wragby, one of the Chatterley family properties. Constance looks back longingly to the years before her marriage, when she spent her time with artists and students of her own age, also enjoying long trips abroad. Now she feels lonely and isolated in a rural environment that bores her. And yet, it is her taciturn gamekeeper, a man whose life and background is so diametrically opposed to her own, who awakens in Lady Chatterley a desire she has never felt before.

At first, Parkin is mistrustful of his mistress. He cannot understand what a Lady would want from a simple man such as himself. But as Parkin's body re-awakens Constance's flesh and desire, her child-like ability to take pleasure in their relationship infuses hope and energy into his numbing solitude.

"Lady Chatterley" tells the story of a passion that is both innocent and subversive - one that transcends, without ever ignoring, class and social conventions. As Constance and Parkin nourish their mutual love, both enter into a radical realm where nature, sex and romance merge into one powerful experience.