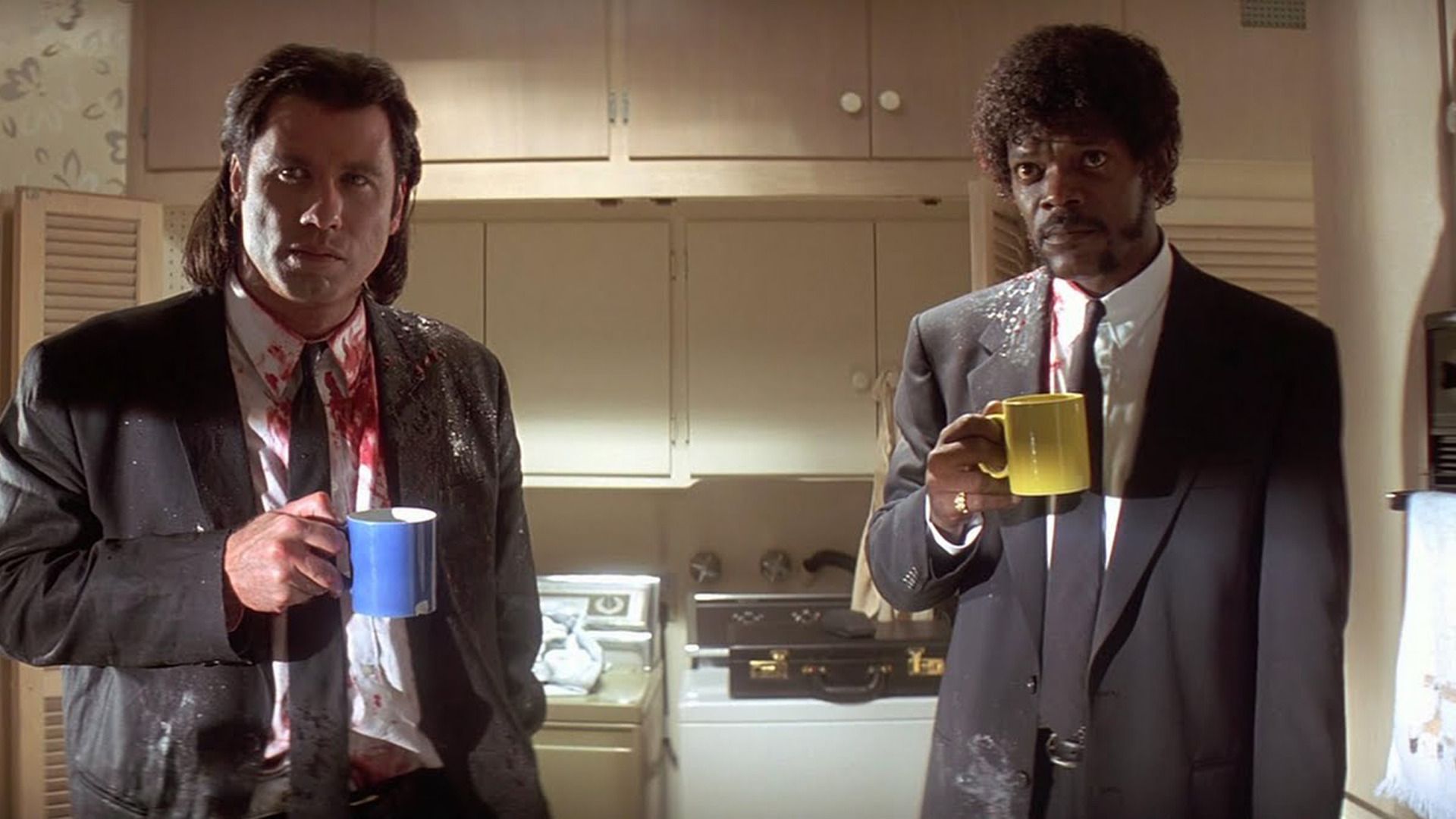 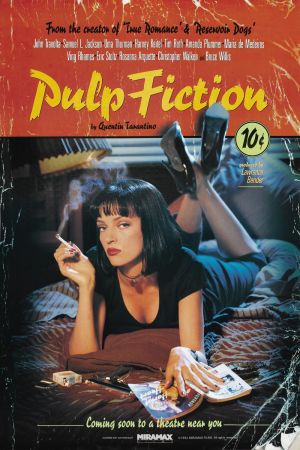 Writer-director Quentin Tarantino revisits the seedier side of Los Angeles--following 1992's RESERVOIR DOGS--with this funny, violent, tongue-in-cheek tribute to the less "classic" side of filmmaking--the potboilers and capers, the Blaxploitation flicks and gangster movies. The film interweaves three tales, told in a circular, fractured manner, which only fully connect by the time the final credits roll. The first story focuses on Vincent Vega (John Travolta) and Jules Winnfield (Samuel L. Jackson), two hit men on duty for "the big boss," Marsellus Wallace (Ving Rhames), whose gorgeous wife, Mia (Uma Thurman), takes a liking to Vincent. In the second, a down-and-out pugilist (Bruce Willis), who is ordered to take a fall, decides that there's more money in doing the opposite. The final chapter follows a pair of lovers (Amanda Plummer and Tim Roth) as they prepare to hold up a diner. Tarantino wears his cinematic influences proudly, bringing them to life in the ironically hip, self-referential 1990s. The result is a work that changed the face of independent cinema forever, making it a legitimate player in the Hollywood mainstream. The all-star cast steps into their roles with obvious glee, and Tarantino once again uses his soundtrack to up the "cool" ante yet another notch, making for a motion picture event that has worked its way into our national vernacular.