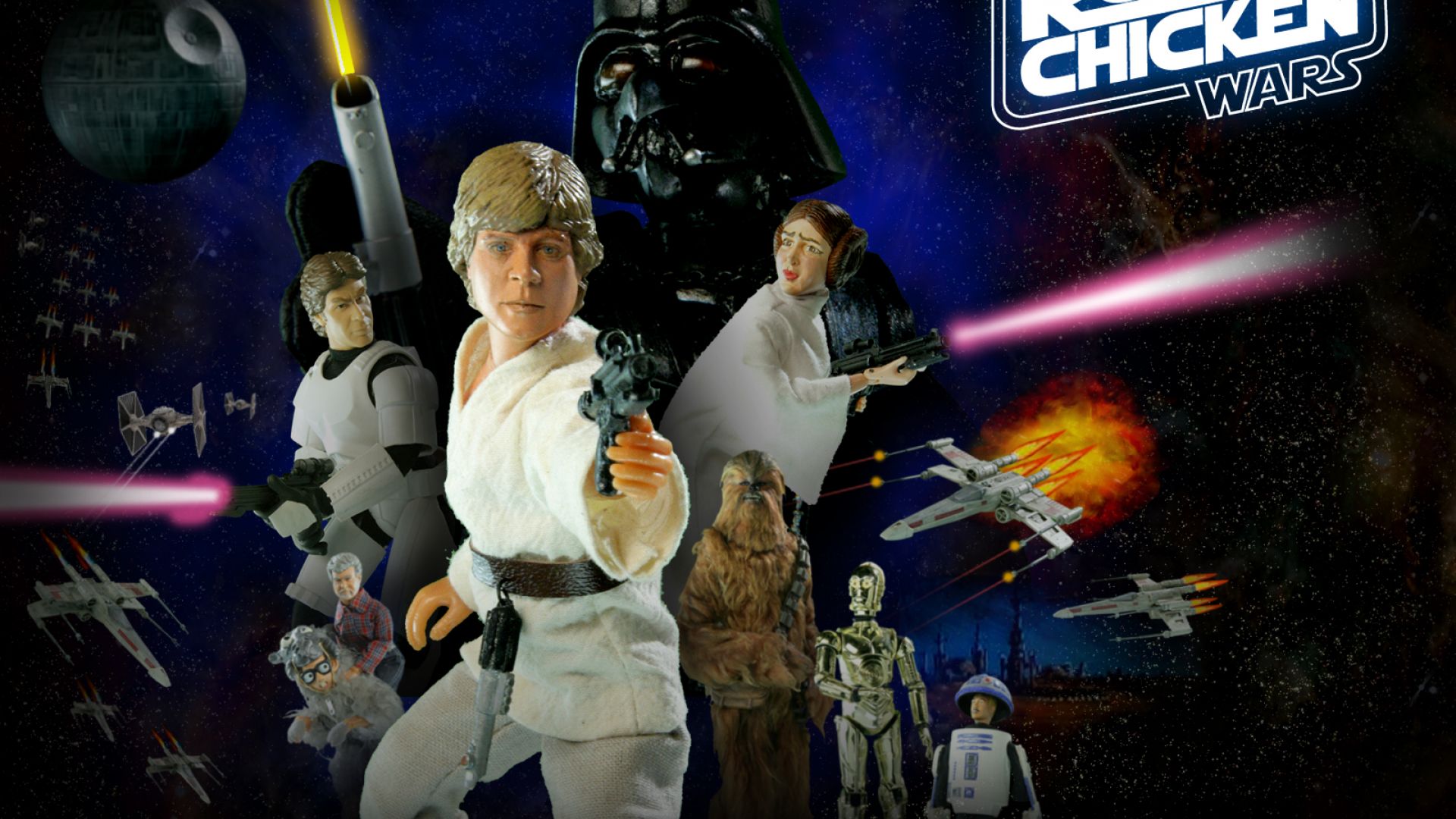 Spend Father's Day with who really raised you... Star Wars.

Robot Chicken had previously featured several Star Wars parodies in standard episodes of the show. One such sketch from 2006 (in which Palpatine receives a collect call from Darth Vader informing him of the Death Star's destruction) was seen by Star Wars creator George Lucas online. Impressed, Lucas invited the show's creators Seth Green and Matthew Senreich to Lucasfilm for a meeting. They permitted Green and Senreich to produce a 30-minute full Star Wars parody. Green noted "The people at Lucasfilm realized you could do a comedic take on Star Wars without compromising the integrity of any dramatic take." The duo and the rest of the show's writing staff then spent three weeks writing material for the episode, with it being twice the length of a standard episode. Lucasfilm's director of marketing Tom Warner noted that "There were definitely a few [sketches] I batted an eye at, and if I were producing probably wouldn't have put in. But they were having fun with it."