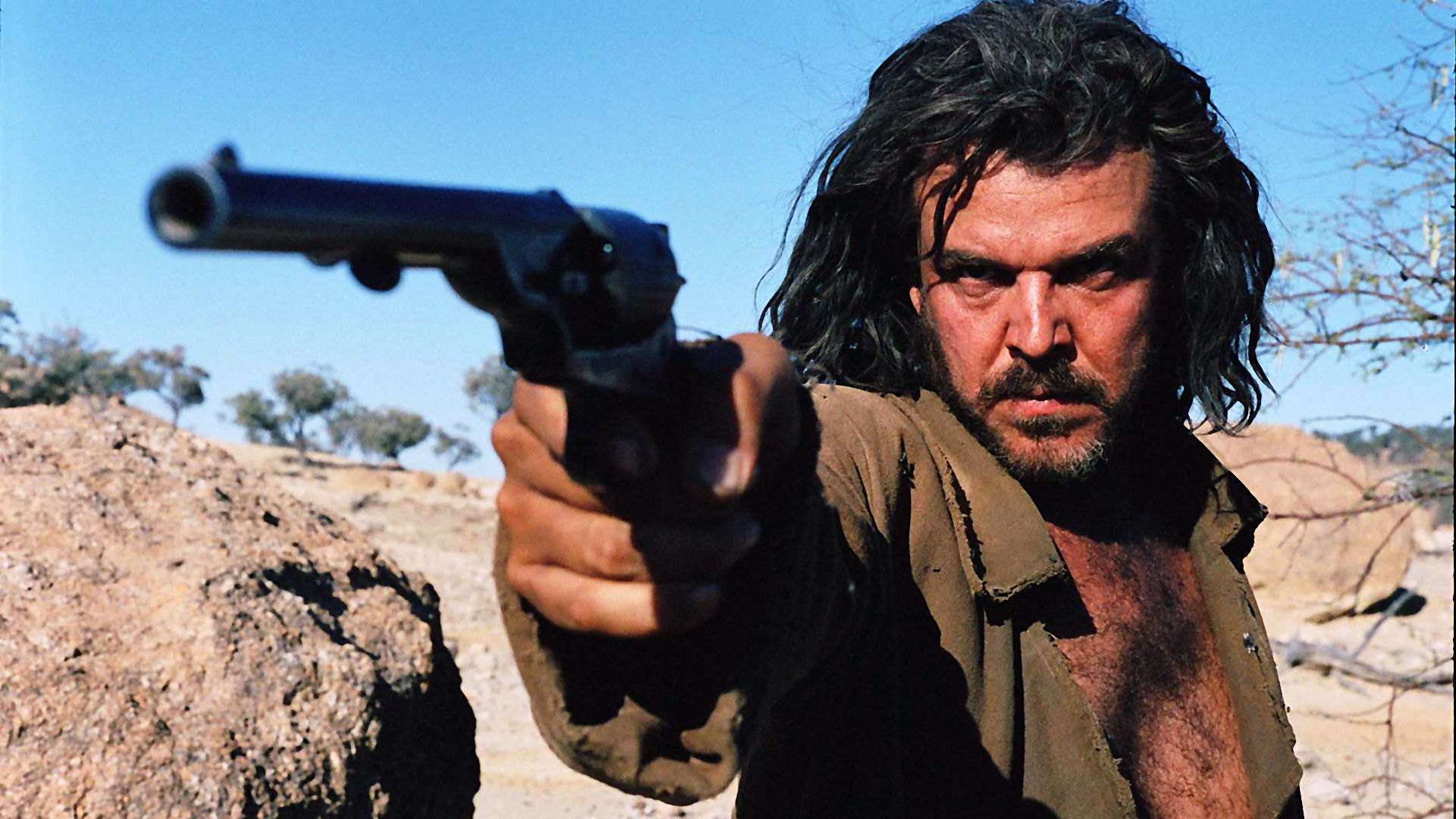 This land will be civilized. 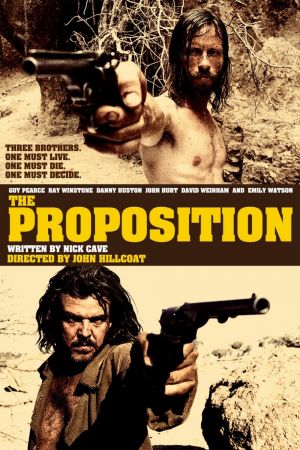 Australian director John Hillcoat first teamed up with singer Nick Cave on 1988's disturbing GHOSTS...OF THE CIVIL DEAD, for which Cave co-authored the screenplay and took a memorably brief acting role. The two reconvene for 2006's THE PROPOSITION, with Cave penning the screenplay and providing a soundtrack written with Dirty Three member Warren Ellis. Cave's 19th-century tale begins with the proposition of the title, as Captain Stanley (Ray Winstone) captures fugitive brothers Charley (Guy Pearce) and Mikey Burns (Richard Wilson) at a scene of bloody rape and murder. Informing Charley that he must kill his older brother, Arthur (Danny Huston), in order to be set free, Stanley drags Mikey to a decrepit jailhouse while he waits for Charley to carry out the deed.

Hillcoat's Western reeks of the dry desert heat, with flies buzzing, temperatures soaring, and emotions spiraling out of control. As Charley reluctantly sets about his task, Hillcoat and cinematographer Benoît Delhomme create a mesmerizing vision of the Australian outback. The slow, meandering pace of the film is peppered with brutal jolts of unremitting violence, and there are fine performances from the entire cast, who are supported in small but significant roles from Emily Watson (BREAKING THE WAVES) and John Hurt (THE ELEPHANT MAN). Cave's screenplay is tight and focused, leaving little room for sentiment--or anyone for the audience to root for--by giving all his principal characters plenty of grimly undesirable personality traits. But it works perfectly, and in Winstone and Pearce, Hillcoat got his casting exactly right. Both actors give dizzying performances as two men unable to escape their personal demons, finding a tragic outlet only in ceaseless acts of aggression. A memorable feature that lingers long after the last frame of celluloid has flickered onto the screen, THE PROPOSITION establishes Hillcoat as a director of major gravitas.