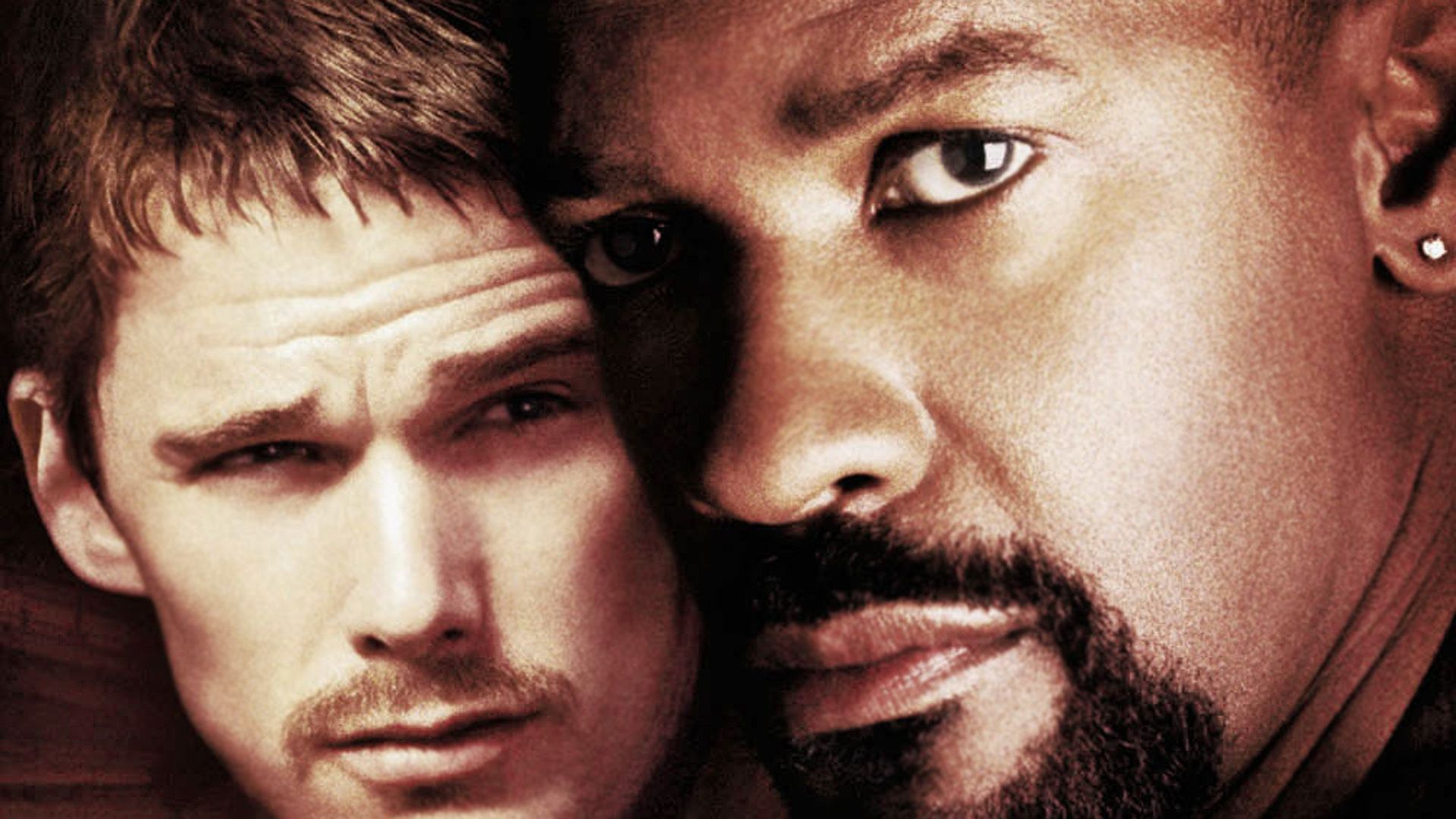 You wanna go home or jail? 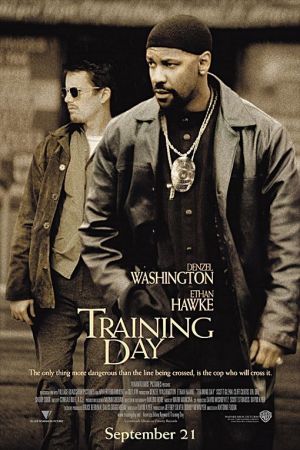 The mean streets of Los Angeles have never looked meaner than in Training Day, starring Denzel Washington and Ethan Hawke.

In this get-down-and-dirty story, Washington plays veteran L.A.P.D. Det. Sgt. Alonzo Harris. For thirteen years this highly decorated cop has been on the front lines in the war against narcotics. He's pledged to protect and serve the citizens of Los Angeles, but his optimism about police work has long since been chipped away by the reality of life on the streets. He and the tight-knit group of officers that report to him have crossed the line between legality and corruption. They find themselves breaking the laws they're supposed to enforce.

Thrown into this highly volatile mix is an idealistic rookie cop, Jake Hoyt, played by Hawke. He's being given one day -- and only one day -- of training with the charismatic Harris to see if he can cut it as a narc. The film takes place during that 24-hour period while Hoyt is drawn deeper and deeper into the complex underworld of cops and killers -- a world where black-and-white has turned to grey.

Everything Hoyt has learned about being a cop must be thrown out of the window if he wants to cut it with the big boys. Alonzo's ethics and his logic are in complete opposition to the "book" which most cops must follow. It's been said that "it takes a thief to catch a thief," and that sentiment is stretched to the max by Alonzo and his roving band of renegade cops.

Split second decisions can mean life or death. Hoyt is sent into a tailspin by Alonzo's delusions and his questionable edicts of justice. Before the day is done, the young cop is asked to take drugs, accept drug money as a payoff, invent evidence, and even commit murder. Before he knows it, he's in so deep that there seems to be no way out. As Alonzo tells him "There is no justice, no law. It all boils down to what you can and cannot prove." Regardless of the truth, all the proof is set up to frame Hoyt unless he goes along with the program.

Hawke is totally believable as a doe-eyed rookie going toe-to-toe with a legend. Of course, that's exactly what he's doing by co-starring with Washington. This is Hawke's first time out playing a cop, and it's the first time Denzel has portrayed a villain with no redeeming features. Both do themselves proud.

The ending is, lets face it, a bit over the top but then that's the way some people like it.

Training Day is great film that must be seen and being on the same evening as Narc makes a perfect combination of drugs, violence and general craziness probably only surpassed by the Tarantino Triple Bill.

Grab a pint from the bar (plastic glasses only) and see you in the Uniplex!