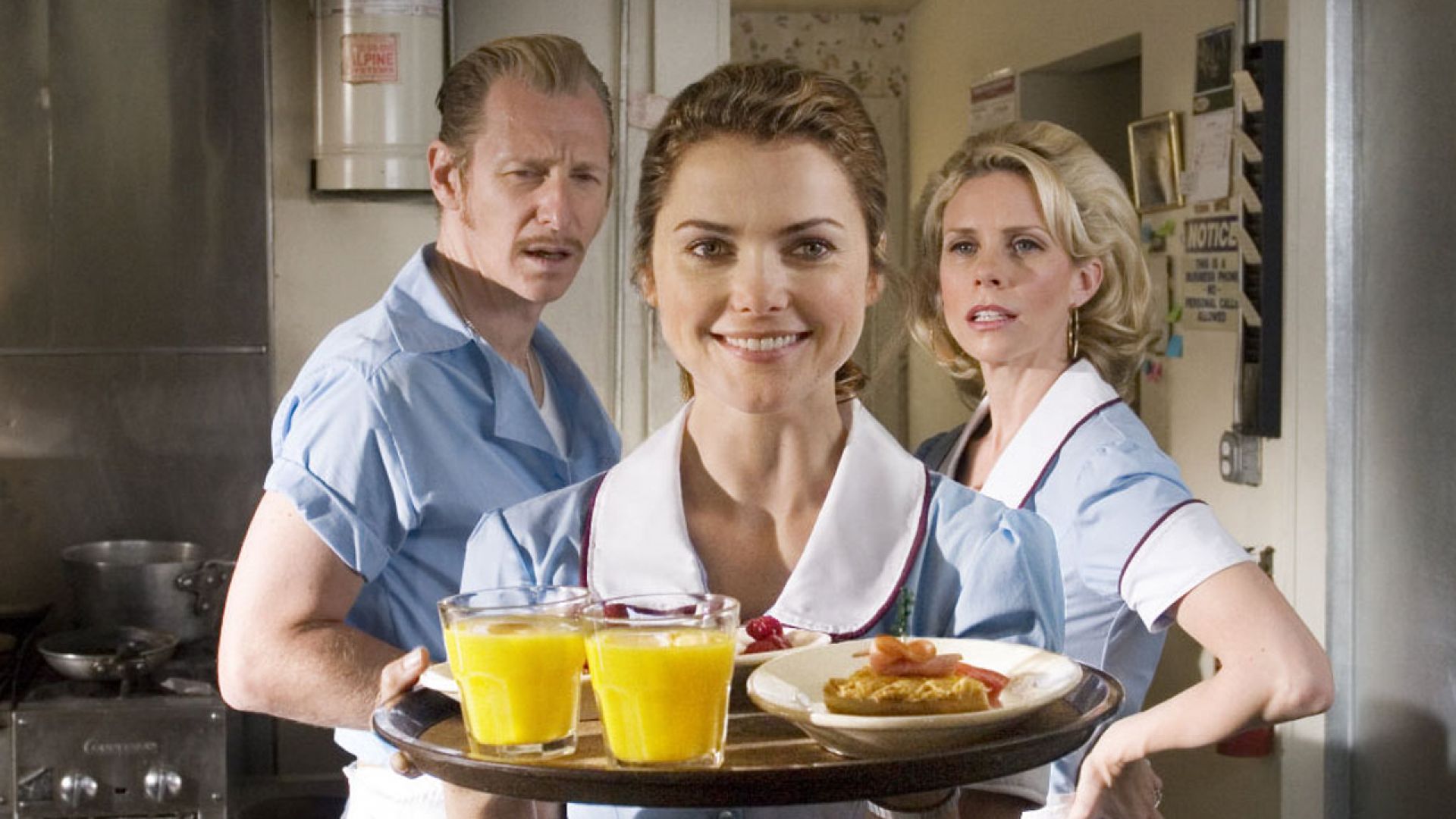 If only life were as easy as pie. 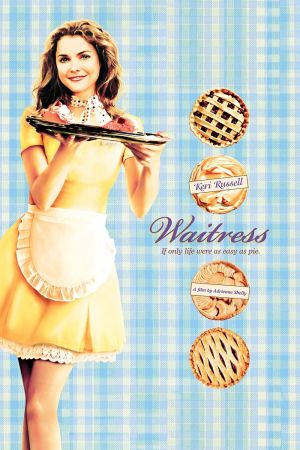 An audience hit at the Sundance Film Festival, WAITRESS serves up a sweet, sassy and delicious slice of life tale -- as it reveals the power of friendship, motherhood and the willingness to take a chance. It's the story of a small town woman who transforms her hopeless life into a hilarious and unexpected love story. This vibrantly different romantic comedy is the final film from writer-director Adrienne Shelly. Starring in the title role, Keri Russell (MISSION: IMPOSSIBLE 3, THE UPSIDE OF ANGER) leads a dynamic cast as a diner waitress stuck in a lousy marriage whose only solace is baking out-of-this-world pies. When the awkwardly charming new OB-GYN, Dr. Pomatter (Nathan Fillion, SERINITY), comes to town, she's inspired to mix-master her life into something far more satisfying. WAITRESS will surely do for pie making what SIDEWAYS did for Pinot Noir.

As a favorite waitress at Joe's Diner, Jenna (Russell) is also a "pie genius," naming her tantalizing confections after the tumultuous events and emotions of her daily life. She's hoping that one of her pastries, like her "Kick In The Pants" Pie, might even change her life – if she can just win that $25,000 pie contest. But when Jenna discovers that she's pregnant, she immediately bakes an "I Don't Want Earl's Baby" Pie – a quiche of egg and cheese with a smoked ham center. After all, her husband Earl (Jeremy Sisto, THIRTEEN, SIX FEET UNDER) is a jealous jerk that is essentially a child himself and the last thing they need to do is start a family together. But the pregnancy eventually changes the course of events in her life, giving her an unexpected and newfound confidence via letters to her unborn baby. WAITRESS also stars Emmy® nominee Cheryl Hines ("Curb Your Enthusiasm," RV) and Adrienne Shelly (THE UNBELIEVABLE TRUTH, TRUST) as Jenna's quick-tongued fellow waitresses along with classic television star Andy Griffith ("The Andy Griffith Show," "Matlock") as the curmudgeonly Old Joe of Joe's Diner.