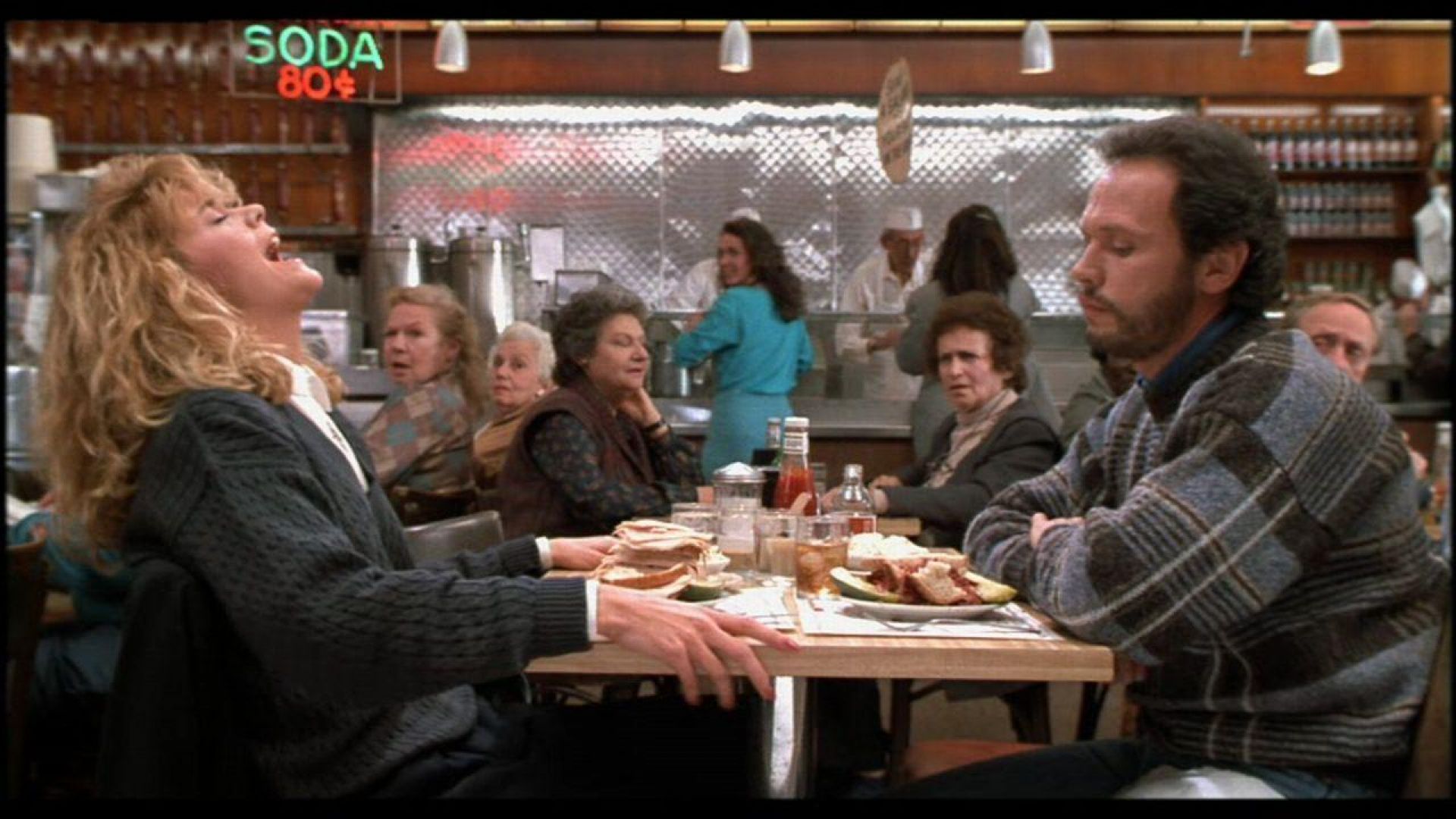 Can two friends sleep together and still love each other in the morning? 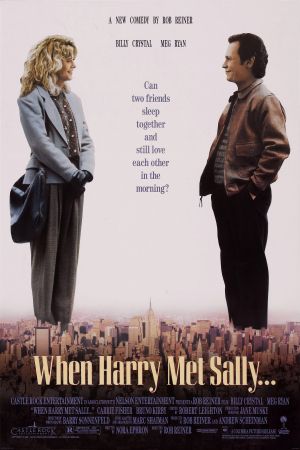 Rob Reiner's romantic comedy When Harry Met Sally stars Billy Crystal and Meg Ryan as the title pair. The film opens with the two strangers, both newly graduated from the University of Chicago, share a car trip from Chicago to New York, where they are both going to make their way. During the trip, they discuss aspects of their characters and their lives, eventually deciding it is impossible for men and women to be "just friends." They arrive in New York and go their separate ways.

They meet a few years later on an airplane and Harry reveals he is married. They meet again at a bookstore a few years after that where Harry reveals he is now divorced. From that point on, the two form a friendship. Eventually their closeness results in their respective best friends (played by Carrie Fisher and Bruno Kirby) meeting and falling in love with each other.

At a New Year's Eve party Harry and Sally confront the complex tangle of emotions they feel for each other. The soundtrack consists primarily of Harry Connick Jr. crooning standards like "It Had to Be You."