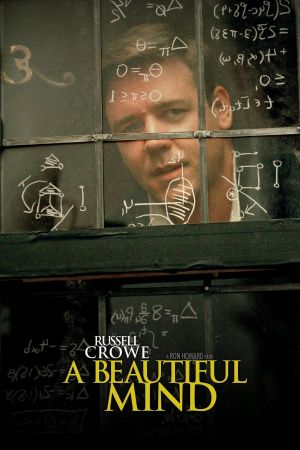 At Princeton University, John Nash struggles to make a worthwhile contribution to serve as his legacy to the world of mathematics. He finally makes a revolutionary breakthrough that will eventually earn him the Nobel Prize. After graduate school he turns to teaching, becoming romantically involved with his student Alicia.

Meanwhile the government asks his help with breaking Soviet codes, which soon gets him involved in a terrifying conspiracy plot. Nash grows more and more paranoid until a discovery that turns his entire world upside down. Now it is only with Alicia's help that he will be able to recover his mental strength and regain his status as the great mathematician we know him as today.