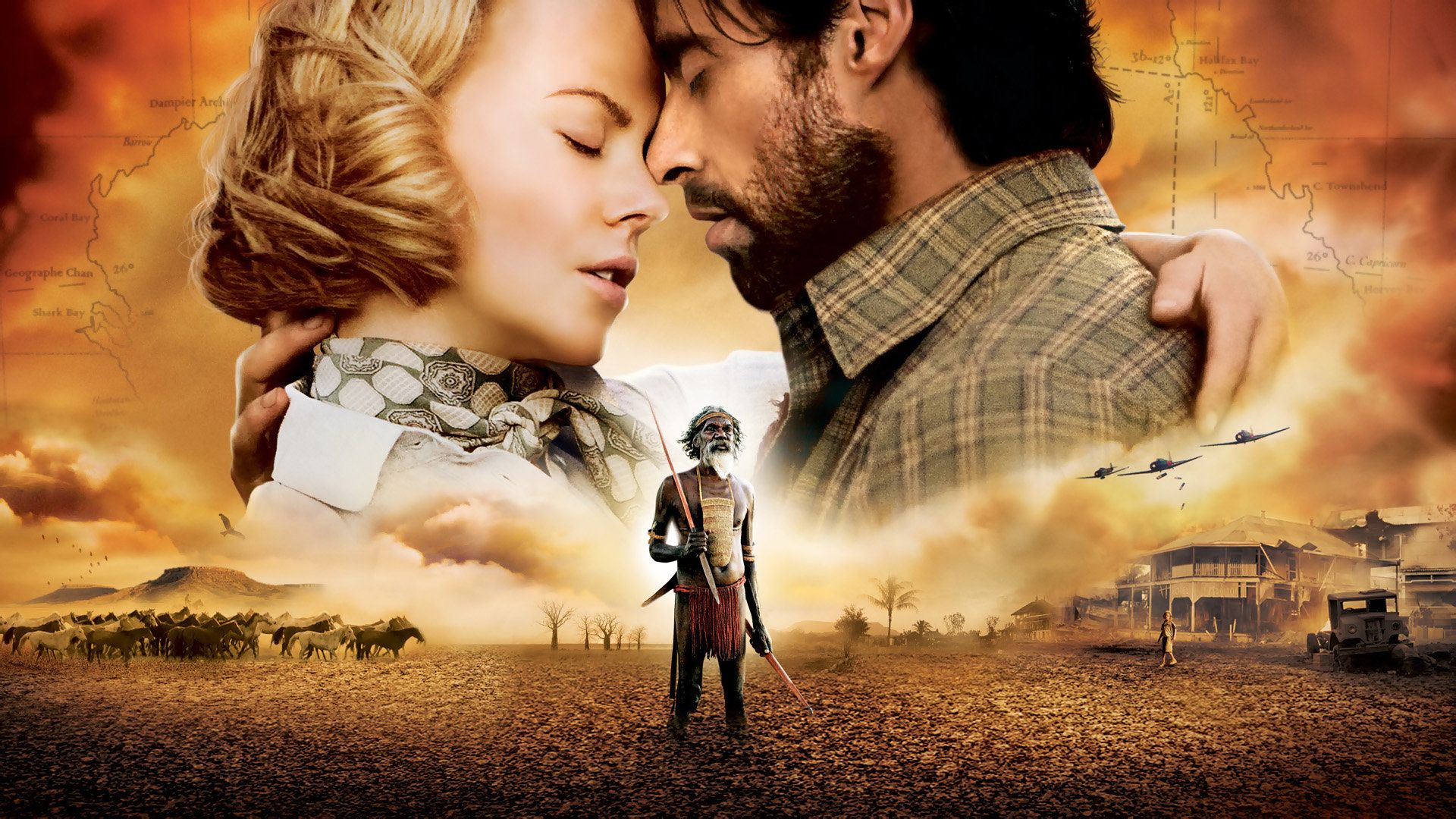 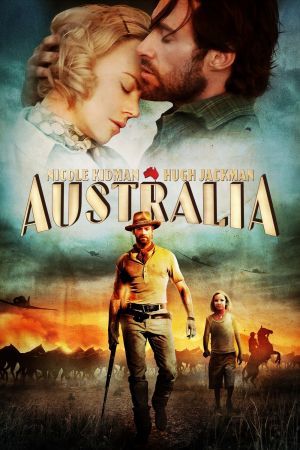 MOULIN ROUGE's Baz Luhrman and Nicole Kidman reteam for this epic that pays homage to their homeland. In AUSTRALIA, Lady Sarah Ashley (Kidman) is a prim and proper Englishwoman who journeys to Australia in the years before World War II reached the country's shores. She is determined to have her estranged husband sell his cattle ranch to a monopoly-craving businessman named King Carney (Bryan Brown), but when she arrives, Lord Ashley is dead, and her plan to sell the ranch changes when she sees an employee named Fletcher (David Wenham) cheating her husband's business and mistreating a young boy named Nullah (Brandon Walters) because he is of mixed race.

Urged on by both pride and a sense of justice, Lady Ashley wants to drive her herd of cattle to Darwin so she can sell them to the troops, but she'll require the help of an independent cowboy (fellow Aussie Hugh Jackman) to get them there. AUSTRALIA changes genres almost as much as Kidman's character changes from fantastic costume to fantastic costume (courtesy of Luhrman's wife and collaborator, Catherine Martin).

The film begins as a fish-out-of-water comedy, then changes into a Western, then morphs into a romance, and it finishes as a World War II drama. But in this genre-bending epic, there's something for everyone, especially for fans of Jackman. The actor has rarely looked better, and there's plenty of opportunity for him to show that he can be an action star as well as a romantic lead in the mold of the Golden Age stars.

The film itself harks back to classic Hollywood, at times resembling essentials such as GONE WITH THE WIND and THE AFRICAN QUEEN. And fans of THE WIZARD OF OZ will enjoy seeing how the beloved film works its way into AUSTRALIA's plot and score.