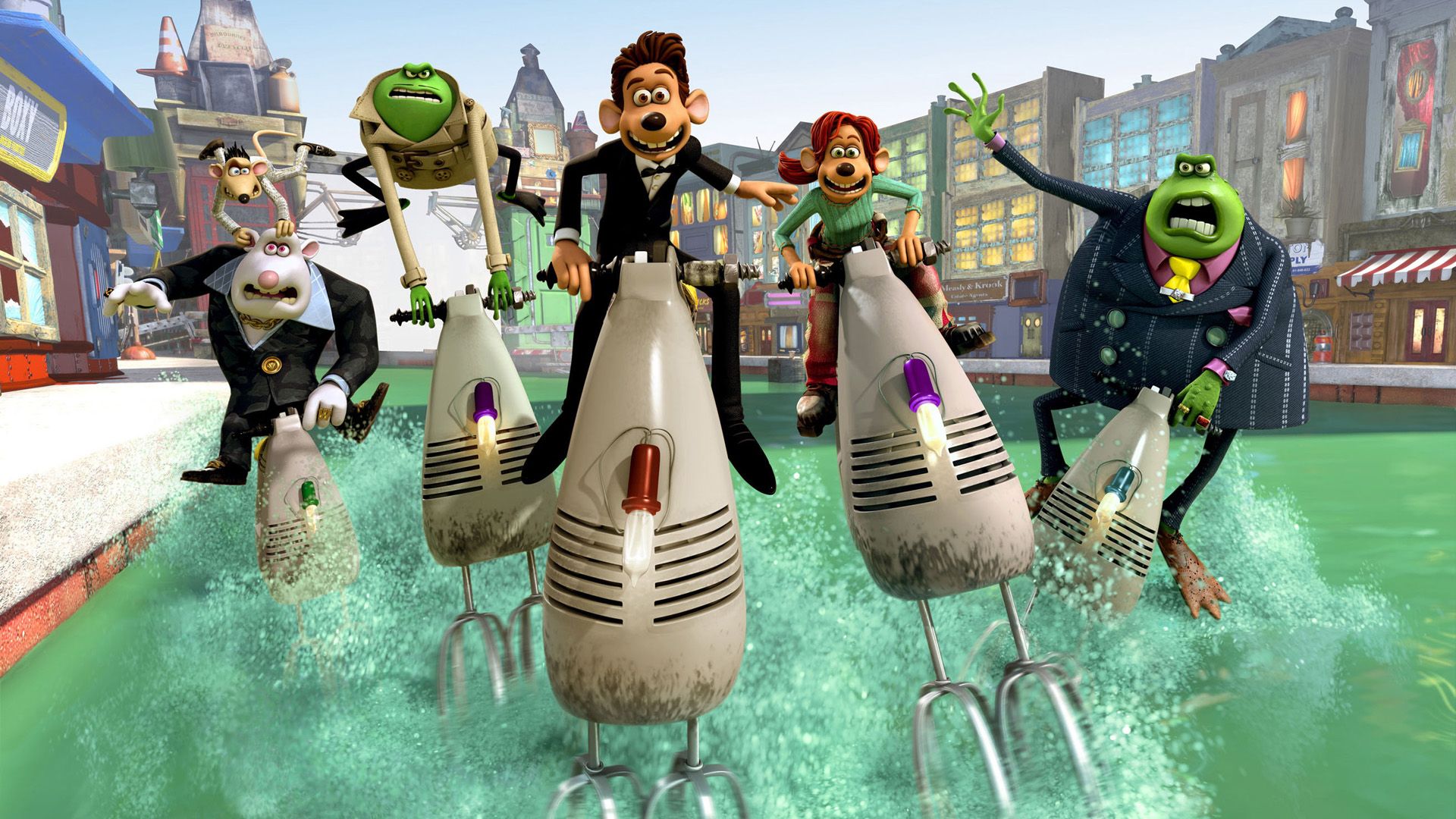 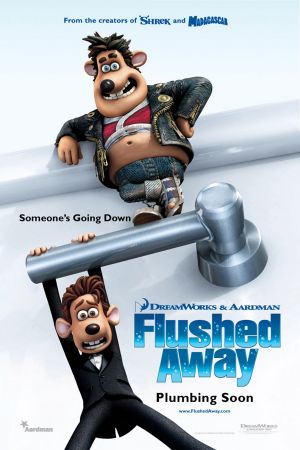 From DreamWorks Animation and Aardman Features, the teams behind the worldwide hit "Wallace & Gromit - The Curse of the Were-Rabbit," comes the computer-animated comedy "Flushed Away." Blending Aardman's trademark style and characterizations with DreamWorks' state-of-the-art computer animation, "Flushed Away" is a madcap comedy set on and beneath the streets of London.

Roddy is a decidedly upper-crust "society rat" who makes his home in a posh Kensington flat, complete with two hamster butlers named Gilbert and Sullivan. When a common sewer rat named Syd comes spewing out of the sink and decides he's hit the jackpot, Roddy schemes to rid himself of the pest by luring him into the "whirlpool." Syd may be an ignorant slob, but he's no fool, so it is Roddy who winds up being flushed away into the bustling sewer world of Ratropolis. There Roddy meets Rita, an enterprising scavenger who works the sewers in her faithful boat, the Jammy Dodger. Roddy immediately wants out, or rather, up; Rita wants to be paid for her trouble; and, speaking of trouble, the villainous Toad-who royally despises all rodents-wants them iced.literally. The Toad dispatches his two hapless hench-rats, Spike and Whitey, to get the job done. When they fail, the Toad has no choice but to send to France for his cousin-that dreaded mercenary, Le Frog.

"Flushed Away" stars the voices of Tony Award winner Hugh Jackman (Broadway's "The Boy From Oz," the "X-Men" film franchise) as Roddy; four-time Oscar® nominee Kate Winslet ("Eternal Sunshine of the Spotless Mind," "Iris," "Titanic," "Sense and Sensibility") as Rita; two-time Oscar® nominee Ian McKellen ("The Lord of the Rings: The Fellowship of the Ring," "Gods and Monsters") as the Toad; Andy Serkis ("The Lord of the Rings: The Return of the King") and Bill Nighy ("Love Actually") as Spike and Whitey; Shane Richie ("Shoreditch") as Syd; Geoffrey Palmer (2003's "Peter Pan") and Simon Callow ("The Phantom of the Opera") as Gilbert and Sullivan; and Jean Reno ("The Tiger and the Snow") as Le Frog.

"Flushed Away" is being directed by Aardman's Sam Fell and DreamWorks' David Bowers, with additional directing by DreamWorks' Henry Anderson. Peter Lord, David Sproxton and Cecil Kramer are the producers.