Prepare to be seduced 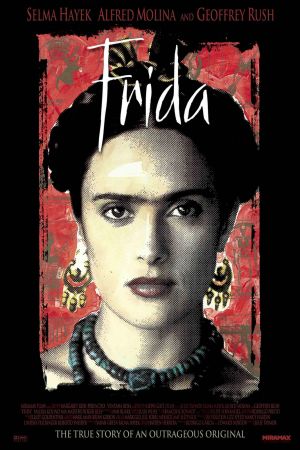 "Frida" is a biography of the acclaimed Mexican artist Frida Kahlo, whose life and art were from any point of view non-conformist. She was married to the equally talented but not so faithful artist Diego Rivera, got involved in politics and met Leon Trotsky (the leader of the Soviet revolution who was later on eliminated by his rival Stalin), had sex with various people- of both sexes?

There was also pain in her life, which she channelled in her powerful, albeit often disturbing, paintings. There is a line in the film where Kahlo says, "At the end of the day we can all endure much more than we think we can". Or on another occasion she says to Trotsky "my picture is private", to get the response "loneliness and pain is what everyone has". I think these lines resume everything about her.

Salma Hayek captures the spirit of Frida and plays it with heart and style.

It's pleasing to see Hayek in a production where she is totally confident, sexy and lusty in an uncomplicated way. But the driving force of the film is director Julie Taymor, who triumphantly displays an astute eye that crams each frame with as much information as possible, yet tells the story with simplicity.

Frida is a story about a woman who lived beyond the bounds of what is considered "normal"- from any point of view. To those finally who say that the film often focuses on Kahlo's sexuality rather than her political views, what I respond is that Kahlo, and in fact every individual, is a sum of many attributes, qualities, faults? and not just of those the one or the other prefers to remember.

Written with help of IMDB.com