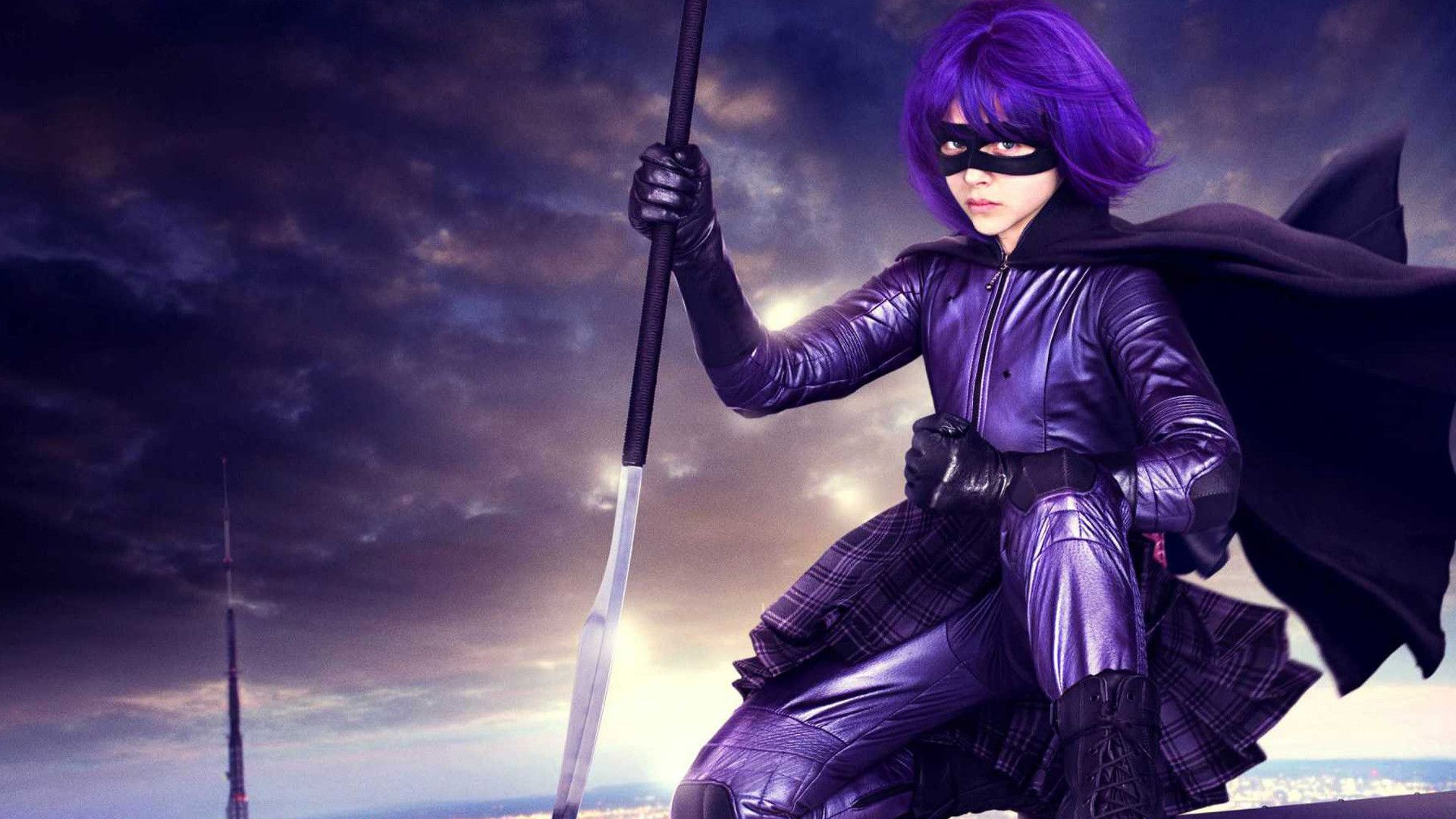 I can't fly. But I can kick your ass. 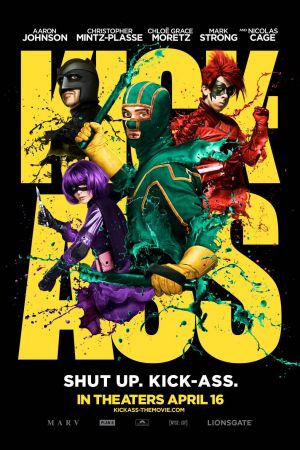 Adapted from Mark Millar's hyper-violent comic book of the same name, director Matthew Vaughn's (Layer Cake) vigilante superhero film tells the tale of an average New York teenager who decides to don a costume and fight crime. Comic book geek Dave Lizewski (Aaron Johnson) may not have good coordination or special powers, but that doesn't mean he isn't a fully capable crime fighter. After purchasing a flashy wet suit on the Internet, Dave starts busting up baddies with nothing but brute force. He calls himself Kick-Ass, and he can take a beating as good as he can dish one out. Before long, Kick-Ass has become a local sensation, and others are following his lead. Big Daddy (Nicolas Cage) and Hit-Girl (Chloe Moretz) are a father-daughter crime-fighting duo who have set their sights on local mob heavy Frank D'Amico (Mark Strong). They're doing a decent job of dismantling Frank's sizable underworld empire when Kick-Ass gets drawn into the fray. But Frank's men play rough, and his son, Chris (Christopher Mintz-Plasse), is about to become Kick-Ass' very first arch nemesis. When Chris assumes the persona of Red Mist, the stage is set for a superhero showdown that could spell the end of Kick-Ass once and for all.