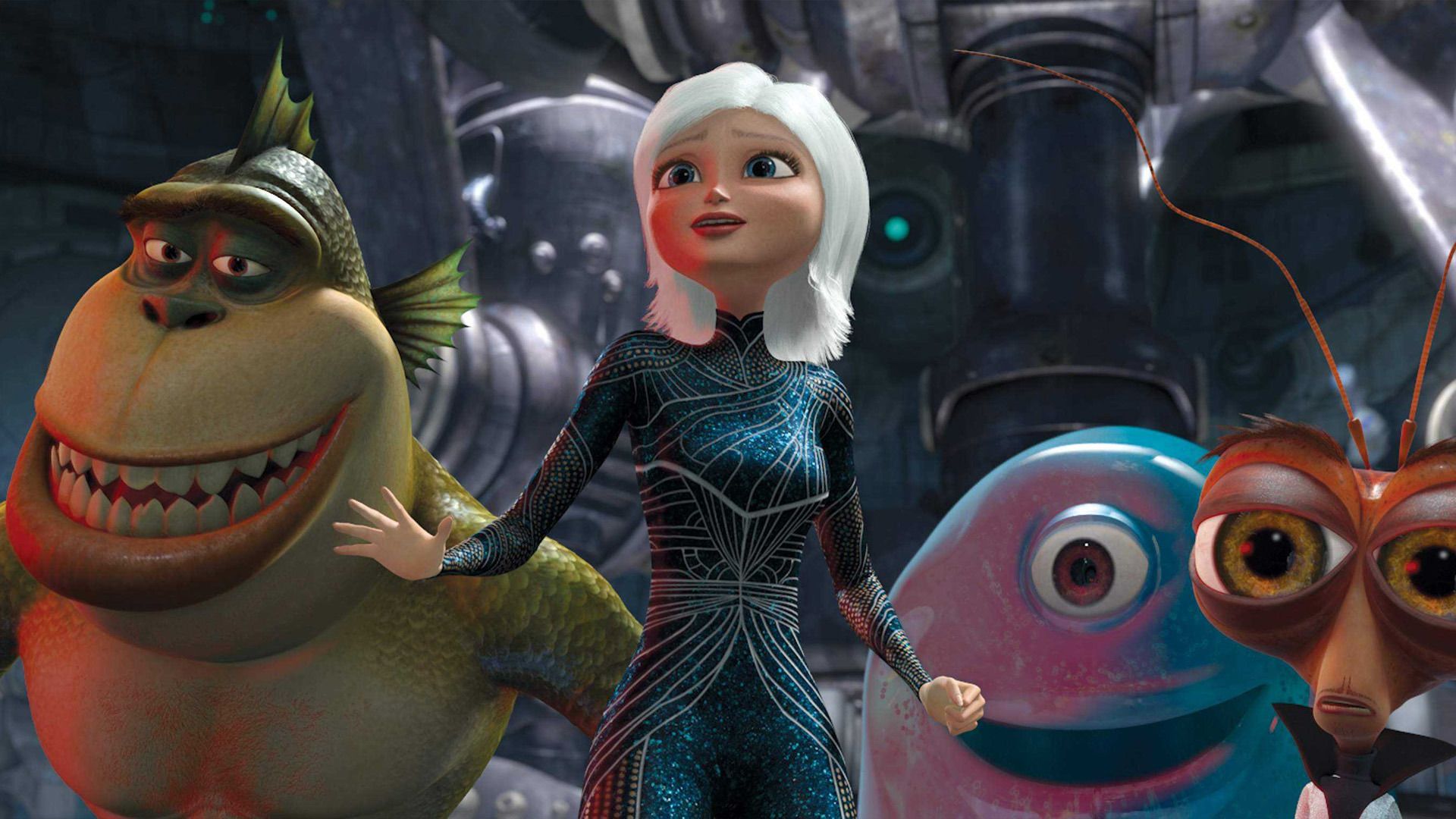 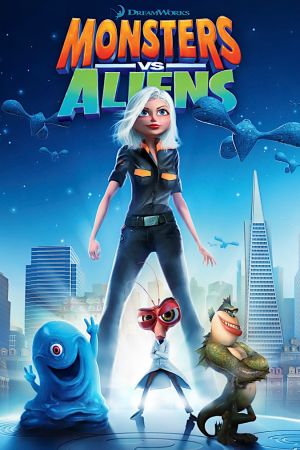 When a radioactive meteor hurtles into Susan Murphy (voiced by Reese Witherspoon) on her wedding day, she is transformed into a towering, platinum-haired giant. Taken away by the government and dubbed "Ginormica," Susan is introduced to other scientific oddities, including the amphibious Missing Link (Will Arnett), the dim blob B.O.B. (Seth Rogen), and the brilliant, bug-headed Dr. Cockroach (Hugh Laurie). These "monsters" are released from captivity when a massive alien robot sent by the scheming Gallaxhar (Rainn Wilson) appears in San Francisco and clearly does not come in peace. With little time to adjust to her new stature, Susan must learn to work with her strange allies to avoid an all-out extraterrestrial invasion.

The vocal talent, which also includes Stephen Colbert as a daft, keyboard-playing American president, is top-notch, adding plenty of personality to the super-sized visuals and eye-popping effects. Conveying an easy-going sense of humor that will delight kids and amuse adults, MONSTERS VS. ALIENS is fun family fare that is sure to leave everyone thoroughly entertained.