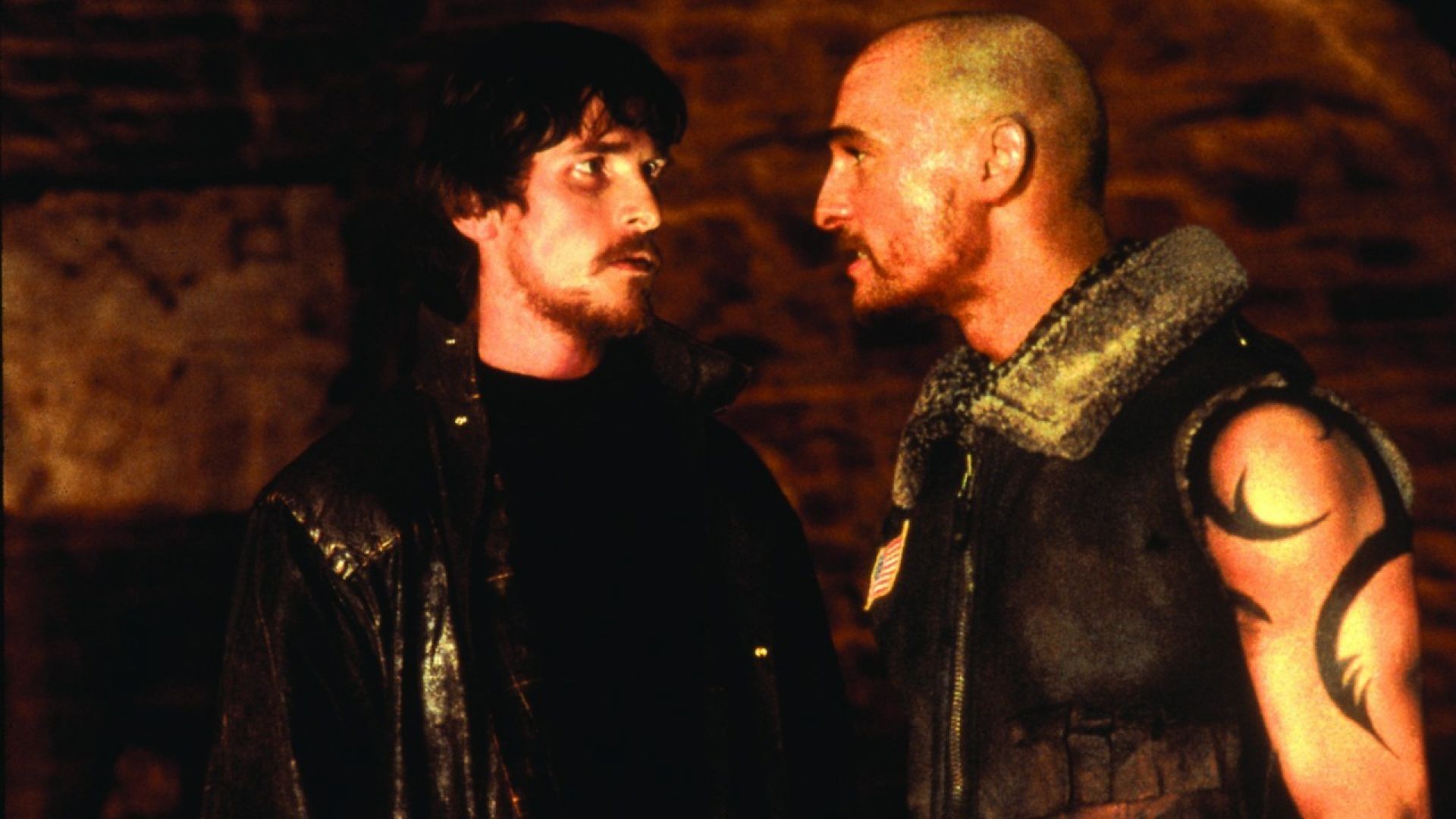 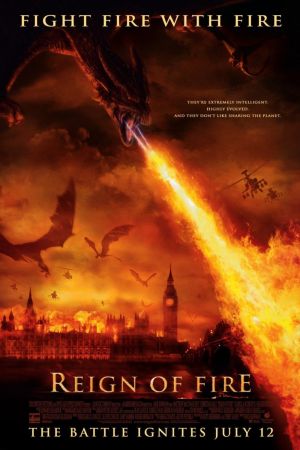 Reign of Fire- reading the title, I thought that this might be about a king with a penchant for flame-throwers, and then after seeing the trailers (dragons?! How cheesy is that??), I wasn't at all sure I wanted to go, feeling it was a boys' only action flick. However, upon being taken to see it, I was pleasantly and completely surprised.

For starters, this isn't a boy's only movie- there's lots of action, but Rob (X Files) Bowman deftly weaves blatant action with dark humour, and a very welcome slice of Yank-baiting. The American soldiers come across with about every macho clichés in the book, juxtaposed against the gritty, earthy Brits. Some of the main themes of the film bear strong comparisons to commentary on WWII, and there is the question as to which method is better- tenacious survival or overt hunting. In the end, of course, it is a mixture of both that will save the planet.

Set against the harsh, barren landscape of a 'blasted heath' somewhere 'up north', the story follows a group of survivors huddling in a castle (yes, there really is a St George thing going on) in their fight to exist in a world where an ancient evil- dragons- have been awakened and unleashed, causing devastation to all and sundry. Cue plenty of post-apocalyptic scenery (but without the usual, tired proviso of atomic war), and Mad Max-ian props and weapons. One day, a troop of American soldiers arrive at the gates, to muttered distrust "there's only one thing worse than marauders; Americans." The leaders of the two groups will have to learn to fight together or quite possibly no one will get out of there alive. A devastating attack by the only male dragon later, and the scene is set for a final confrontation on the ruined streets of London...

I found myself laughing out loud at many points, as well as being very impressed with the quality of the dragons- both CGI'd and modelled. Look out for perhaps one of the best Star Wars homages seen in many a year, and be prepared to feel keenly and unabashedly patriotic in this rousing adventure yarn that delivers on explosions and excitement.