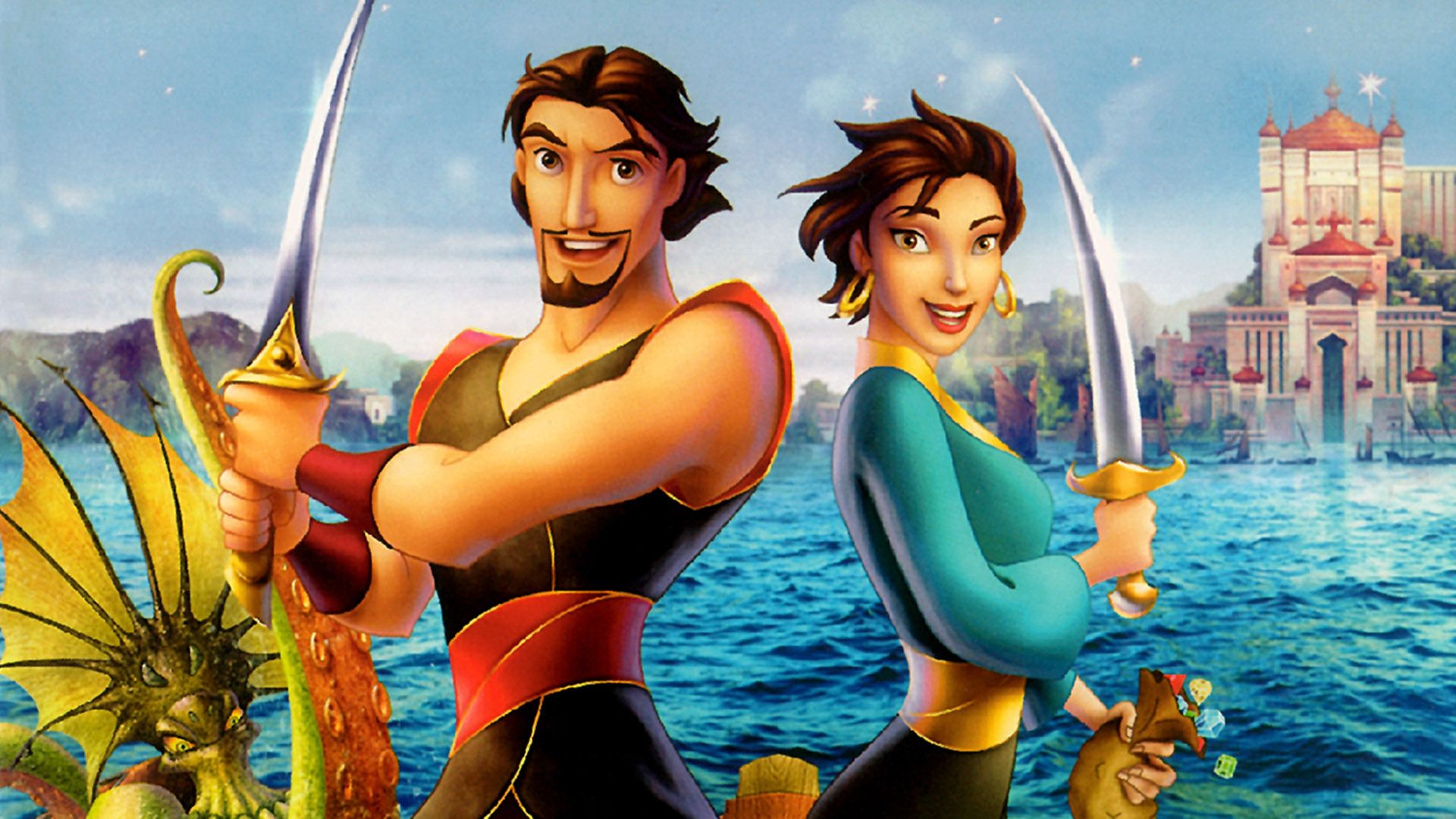 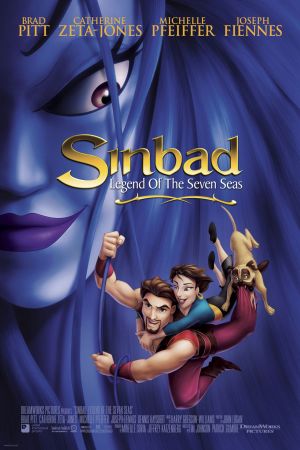 This summer has a definite piratical theme. Somebodies in Hollywood must have been thinking "what's the new fad for this year? What shall we sell them? Pirates? Pirates is good." Later on, come heck or high water, Union Films *will* be showing 'Pirates of the Caribbean', but until then, whet your appetite with this cheerful offering from DreamWorks.

Sinbad is a baaad boy- a funky, cool sailor-man with a manly chest and a jaw you could chisel from Mount Rushmore. A manly man. Not at all camp. Oh, nooooo.

Anyway, his old fiend, Proteus, takes the rap for the theft of a mystical book of power that will bring peace and prosperity to the kingdom. Standing in lieu of the actual accused- Sinbad- Proteus stands to die for the 'crime' unless Sinbad finds the book and steals it back from the naughty goddess of chaos who has made off with it.

Cue lots of adventures, cute dog moments, more manly chest-baring, and a host of supernatural wonders to enchant, trap and attempt to prevent him and his crew from succeeding. There is an added complication; Proteus' fiancée- the lovely Marina is coming along too to keep an eye on him. A girl onboard a ship? Whatever is the world coming to? Comic high jinks on the high seas, that's what; not to mention various battle-of-the-sexes jokes and the odd snigger at bras. Aw, c'mon, they are pretty amusing.

Before you start wondering if Union Films is reduced to showing dodgy films, (a fine tradition notwithstanding), this is an animation of the cleanest family reputation. Lots of sly jokes, sweet romance, and much action are in evidence- and did I mention the cute dog? This is a clever mixture of traditional animation and CGI that makes for a dizzy, breathless ride through some of the best sea-faring swash and buckle since Ray Harryhausen's fantastic plasticine monsters graced this tale of 1001 Arabian Nights.

Voiced by such great names as Brad Pitt in the title role, Catherine Zeta-Jones as the feisty heroine, Michelle Pfeiffer in a gloriously evil role as the goddess, and Joseph Fiennes as the handsome stiff, Proteus, this is one animation you'd be foolish to miss.

Heck- it's just a fantastic, gargantuan, thrilling, sensational load of fun, so get down here and enjoy it!