Get ready to jam 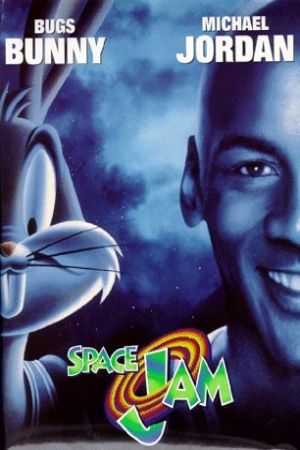 Michael Jordan acting..... wahey! He's not that bad. Throw in some looney toons and this is a film for 10pm at night! The plot is very light: some evil aliens are going to kidnap Bugs and his buddies for a nightclub in space. The only way out is for Bugs et al. to beat the aliens in a sport and since the aliens are tiny, Bugs decides on B-ball..... then the aliens nick good basketball players skills (que funny bit) and it all goes off. Bugs then gets Michael (a baseball player at the time) to play for their team.....

Apart from the ending where I think Mich should have done a huge long dunk rather than a stretch this is a good sporty film. The animation is really smooth (think Roger Rabbit with better computers) and while the plot is a little dodgy and the acting by some is iffy, this is by all accounts (mine - I have it on video!) a good film!!