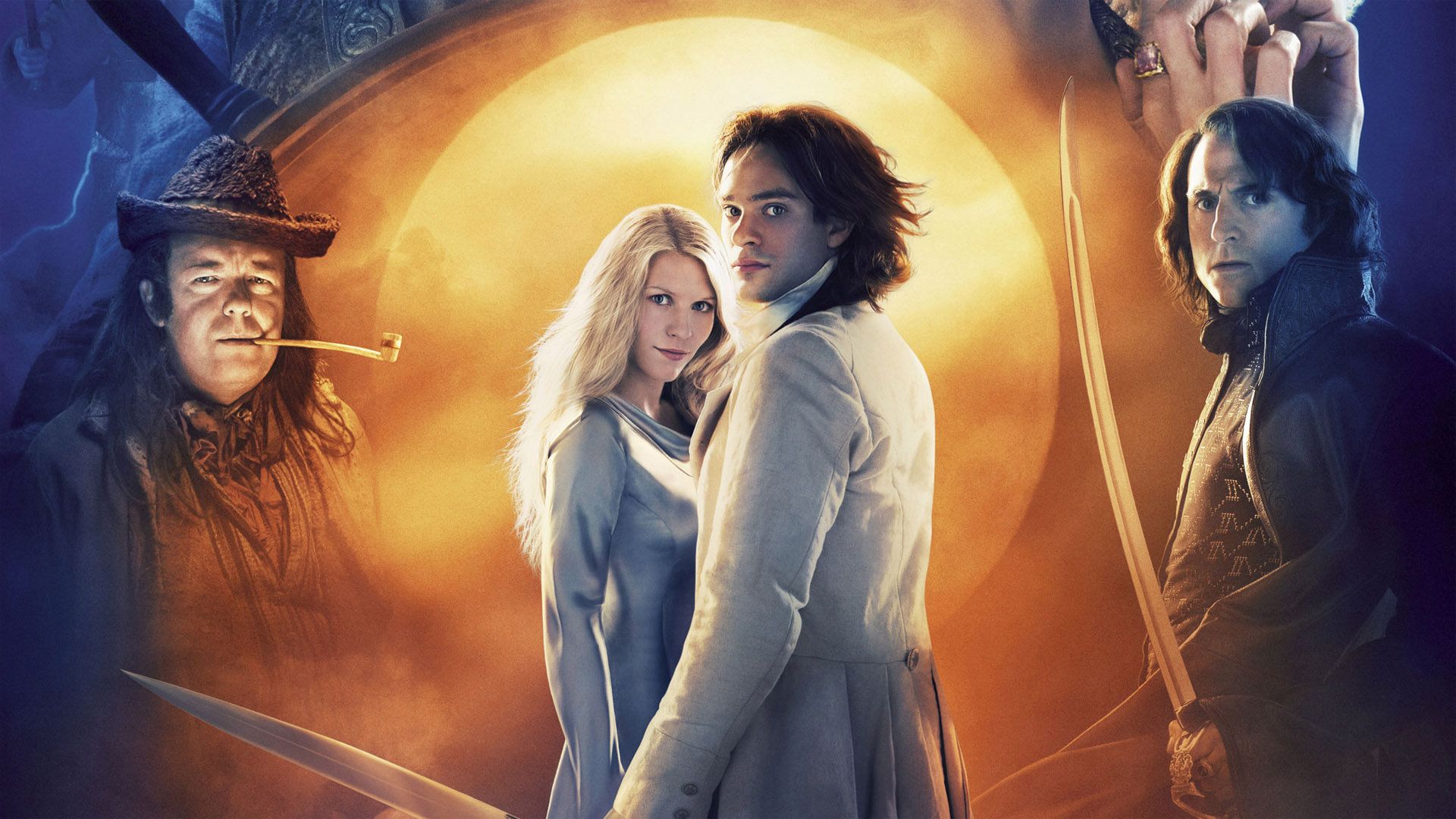 This summer a star falls. The chase begins. 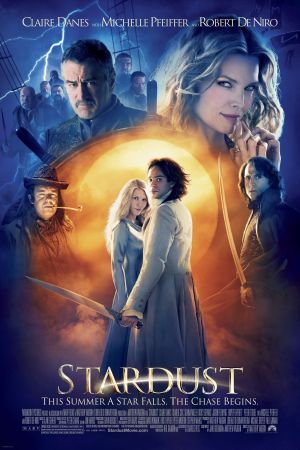 From the imaginations of best-selling author Neil Gaiman and director Matthew Vaughn comes "Stardust," this summer's one totally original fantasy epic that is destined to enchant and excite audiences of all ages.

Following the adventures of a young man who sets out on a quest to prove his love, and finds far more than he bargained for, "Stardust" takes on every fairy tale in which anyone ever wanted to believe. From wicked witches to dashing princes, flying pirates to dueling swordsmen, magical spells to mystical destinies, it all adds up to a funny, romantic tale of true love and high adventure unlike any other. "Stardust" begins in the sleepy English village of Wall, so named for the cobblestone wall that has, for hundreds of years, kept the villagers safely apart form the strange, supernatural realm that lies just on the other side. It is here that young Tristan Thorne (CHARLIE COX) makes a wild-eyed promise to the prettiest girl in the village (SIENNA MILLER), whose heart he hopes to win: that he will bring her back a fallen star. But in order to make good on his promise, Tristan will have to cross the forbidden wall, and enter a mysterious kingdom lit by unending magic and unfolding legends of which he will quickly become a part.

In this fantastical realm known as Stormhold, Tristan discovers that the fallen star is not the meteorite he expected, but a beautiful, spirited young woman (CLAIRE DANES) injured by her cosmic tumble. Now, she is in terrible danger - sought after by the King's (PETER O'TOOLE) scheming sons for whom only her secret powers can secure the throne; and hunted by a chillingly powerful witch (MICHELLE PFEIFFER) desperate to use the star to achieve eternal youth and beauty.

As Tristan sets out to protect the star and bring her back to his beloved on the other side of the wall, his journey will bring unforeseen romance, high-flying adventure, and incredible encounters with a pirate captain (ROBERT DE NIRO), a shady trader (RICKY GERVAIS), and an enchanted unicorn among other surprises. But if he can survive on his wits and the strength of his newfound love, Tristan will also uncover the secret to his own identity and a fate beyond his wildest dreams.