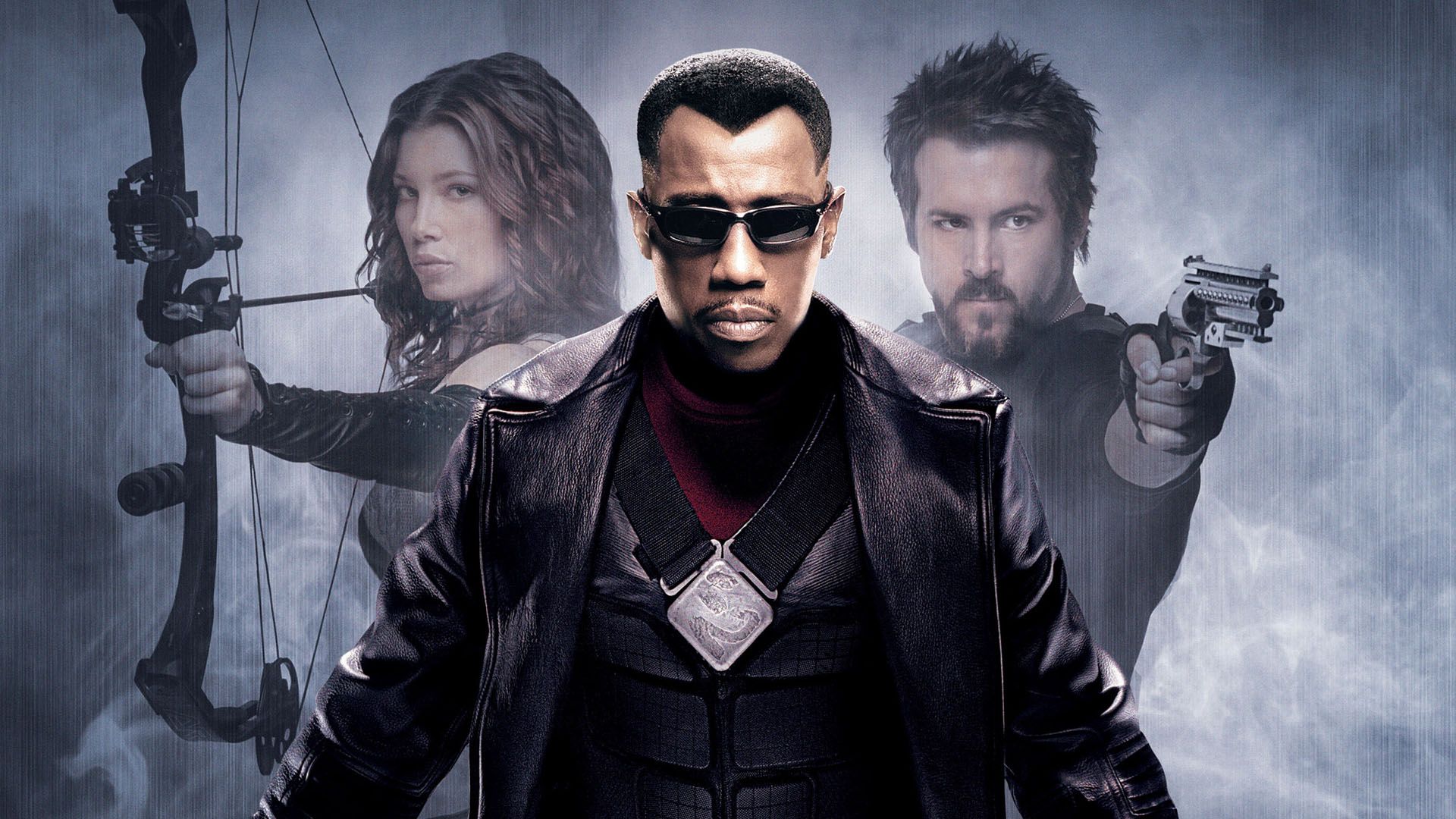 Where it began so it shall end. 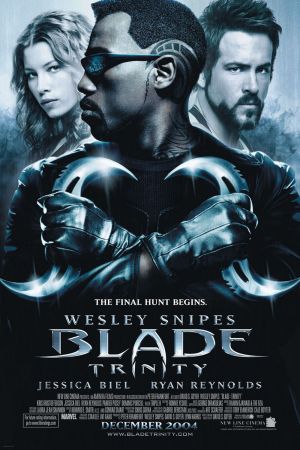 Move over Buffy, Blade is back. Given previous failures in the sequel genre (namely The Matrix), Blade Trinity was always going to be a risk. Blade was cool, Blade 2 was cool but weird, had the worst "back from the dead" excuse ever (even better than Dallas!) and one of the dodgiest CGI sequences but was still a happy, well made, violent film. Blade Trinity is the same. It kicks vampire arse, there are some plot flaws, but we'll get onto those a bit later!

The film opens with a huge action sequence with lots of people dying (always a good start!) and Blade getting capturing by the cops. While he is being questioned we get our first introduction to the bad guys of Blade Trinity. An evil, but attractive female vampire, someone who looks like (and has the acting ability of) a WWE wrestler and some other vampires you know are going to get their comupance at the end! Speaking of attractive females we also get an introduction to the "Buffy" of the feature, Jessica Alba playing Whistler's attractive (and previously thought dead) daughter who runs Whistler's secret "help Blade from beyond the grave" plan. A bunch of young-uns with some high tech weapons who want to help Blade rid the world of the evil bloodsuckers.

Oh yeah, unbelievable #2....the bad guys are another bunch of senior vampires (even though most of the them died in the first two films?!) who have the crazy idea of bringing Dracula back to help them kill Blade and take over the world.

Que some nice fight scenes between Blade and his evil foes, some of the good guys dying (not telling you who!), a bit of bad language and a when-it-happens-not-a-suprise ending.

Look, if you want artistic (though there are some very well shot scenes) go somewhere else, if you want a Tolstoy written script go somewhere else. If you want a well made, funny, decent sequel to one of the best vampire films ever made then come along. Wesley Snipes is what you expect, Jessica Alba is hot, the vampires are bad and they get turned to dust, blown up, shot, beheaded, and some weird blood poison thing....

Have anything better to do on a Sunday afternoon? I thought not. Now get your arse to UF and watch it!