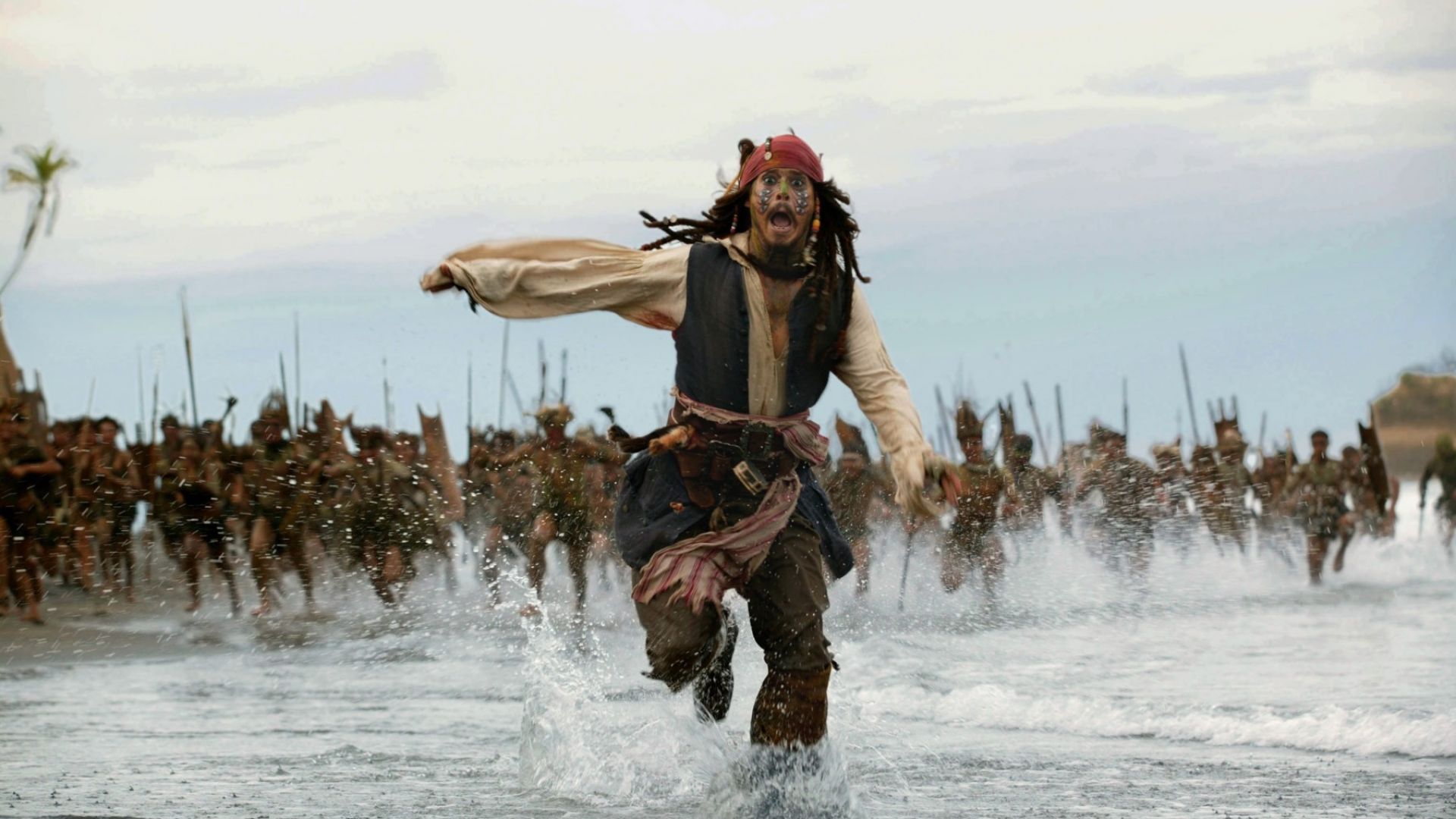 The second part of a trilogy, PIRATES OF THE CARIBBEAN: DEAD MAN’S CHEST is a fantastic tale of pirates, love, and the supernatural. Blacksmith Will Turner (Orlando Bloom) and his upper-class love Elizabeth Swann (Keira Knightley) are preparing to wed when they are confronted with a warrant for their arrests because they helped the notorious pirate Captain Jack Sparrow (Johnny Depp) escape the authorities. Their only choice for a pardon is to find Jack and return to Lord Cutler Beckett (Tom Hollander) with the flamboyant captain’s compass. Will’s attempt to track Jack down, however, becomes an adventure unto itself: Jack is being held captive on an island where the natives think he is a god. To make matters worse, the infamous Davy Jones (Bill Nighy) and his Flying Dutchman crew are after Jack, seeking his soul to repay a debt. With his beard of tentacles and a lobster claw for a hand, heartless Jones is no mere mortal. He and his men are slowly evolving, taking on the attributes of various sea creatures, and with the help of a giant sea monster, the Kraken, they rule the waters.

Seeking respite from his fate with Davy Jones, Jack enlists the aid of Tia Dalma (Naomie Harris), a practitioner of the supernatural, in an effort to locate the Dead Man’s Chest that supposedly contains Jones's still-beating heart. Whoever possesses the heart controls Jones, and thereby controls the seas. And so the adventure continues as Jack, Will, and the Black Pearl crew track down the Flying Dutchman in search of redemption. This rollicking summer adventure, directed by Gore Verbinski (THE WEATHER MAN, THE RING), features multiple intersecting storylines, unique stunts, and a pithy script that lets each main character shine, while the costumes and makeup for Jones and his sea creature crew are nothing short of spectacular.