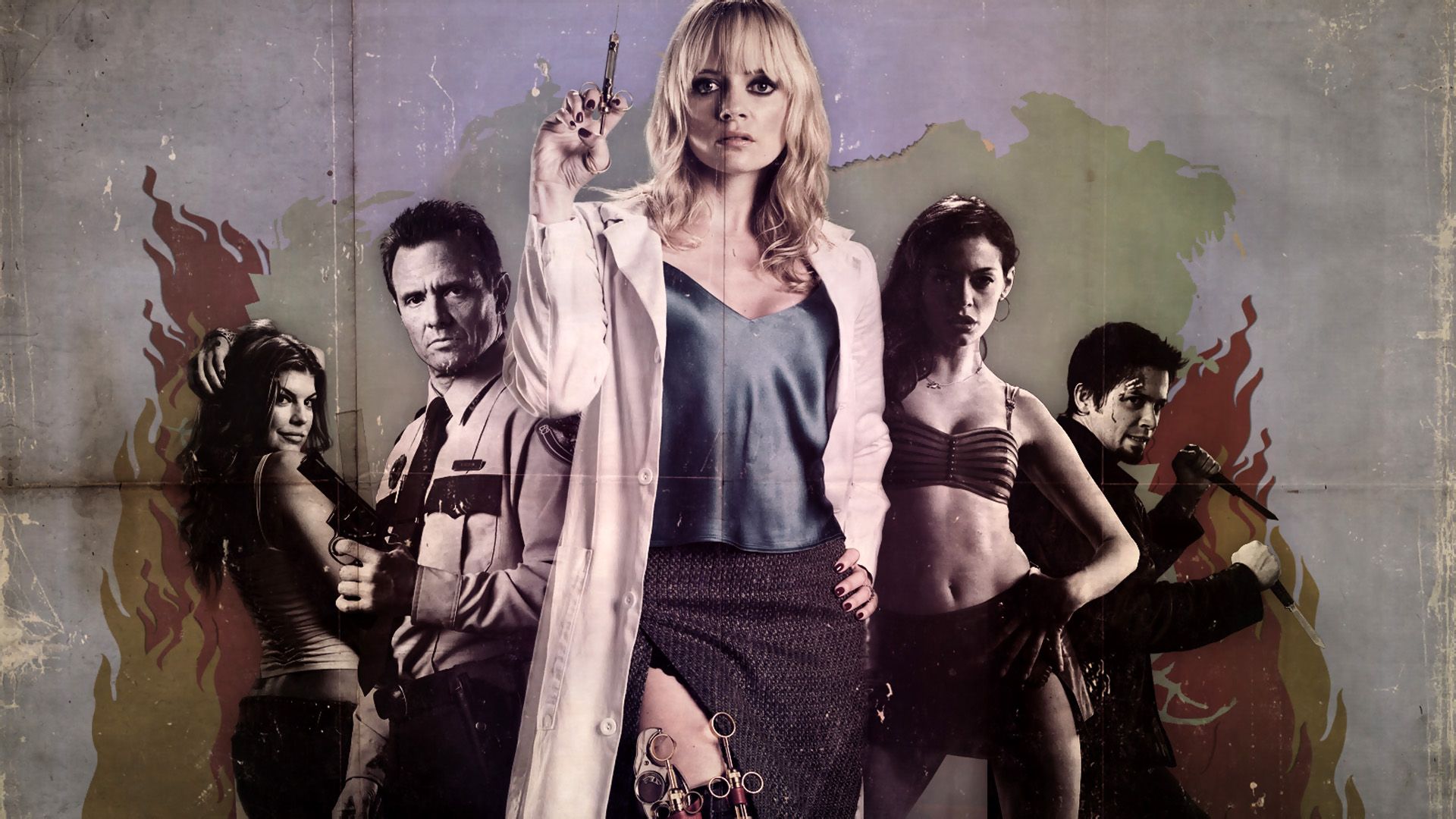 The sleaze-filled saga of an exploitation double feature. 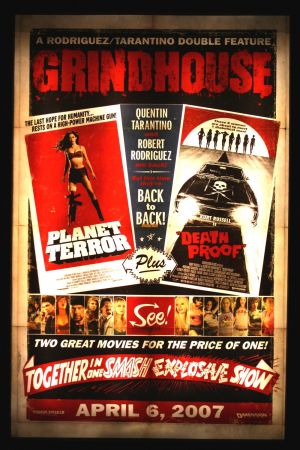 Don't miss this unique chance to see these two movies as the way they were intended to be shown.

Two films, cinematicly equivalent to Bach and Beethoven adding their touch to a boy-band song. Master directors Quentin Tarantino (PULP FICTION) and Robert Rodriguez (SIN CITY) indulge their inner fanboys and team up for this homage to their favorite B-movies.

Director Robert Rodriguez (SIN CITY) pays homage to his favorite B-movies with PLANET TERROR, an old-fashioned zombie film that’s infused with enough gore and giggles to please even Peter Jackson (BAD TASTE). Rose McGowan (CHARMED) plays Cherry, a go-go dancer whose night is interrupted by a vicious zombie attack that leaves her missing a leg. Her ex-boyfriend, Wray (Freddy Rodriguez, SIX FEET UNDER), takes charge, fashioning her a new leg from a machine gun and killing zombies along the way.

PLANET TERROR plays as a pleasing ode to the horror and exploitation films that once played in grimy grindhouses across the country. Rodriguez splashes plenty of blood, guts, and gore across the screen, while also taking the plot into some wonderfully bizarre territory.

As with any Tarantino film, there are plenty of nods to pop culture. Most of the scenes are deliberately short on plot development, the dialogue comes thick and fast throughout, and the film stock is often cleverly manipulated to perfectly replicate the B-movie aesthetic.