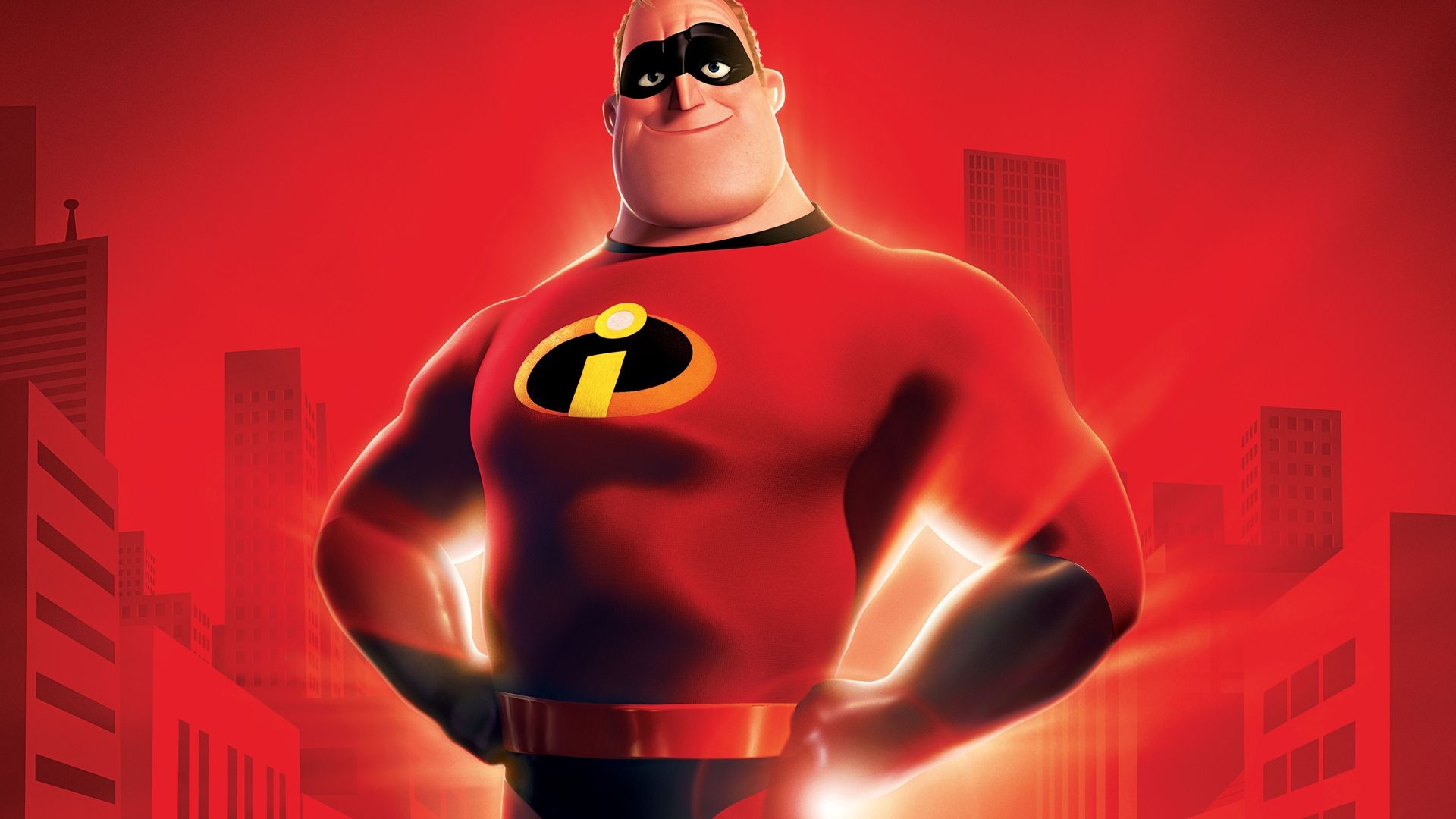 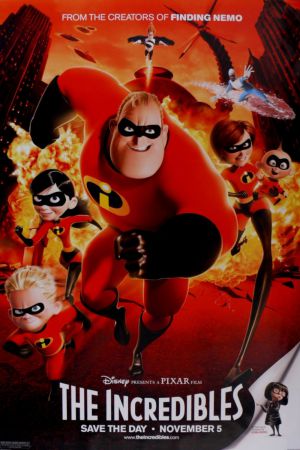 Ok, so another cartoon in the season, how many can we show?! This is probably the best of the lot. Brought to you by the people who did Toy Story this is a film set in the future where the X-Men don't exist but people with superpowers do. It opens with a couple of these superheroes doing what they do best, catching bad guys.

In his prime crime fighting days, Bob Parr (voiced by Craig T. Nelson) was known as Mr. Incredible, and fought crime using his super strength. He, and all other superheroes, were treated like royalty and beloved. But when simple, litigious crime fighting mishaps forced the segregation of superheroes away from the public, Bob took a superhero wife in Helen (aka 'Elastigirl,' voiced by Holly Hunter), and had three kids, Violet (Sarah Vowell), Dash (Spencer Fox), and an infant son. He now resigns himself to a dull life in the suburbs, working for an insurance company. Danger arrives again when evil supervillain, Syndrome (Jason Lee) (looks like Wayne Rooney), rises to power, forcing Bob and his family back into their forbidden superhero form, along with ice-powered friend 'Frozone' (Samuel L. Jackson), to try and save humanity once again.

Mr Incredible and his family don tight fitting costumes and head off to save the world, throw in some good jokes, some funny chase scenes (which you know were only included so that level could feature in the video game....) some nice character development and a happy ending and you've got yourself a hit. Remember it's a kids film!

This had me in stitches when I saw it, there are some very funny moments and some truly freaky moments. Any scene with Mrs Incredible doing anything incredible had me cringing, a ladies body should not be distorted that way, ever. (though makes you wonder what the sex between Mr and Mrs Incredible is like). The PORG (person of restricted growth) costume designer adds yet more humour with her wacky costume testing system, a seductive henchwoman adds some intrigue and a nice happy "shy girl gets confidence and gets the boy" understory gives for an all round Disney picture.